What’s it all about Alfie? 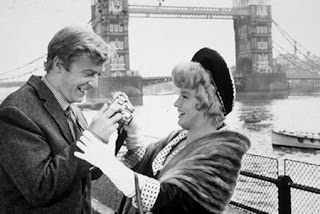 Imagine watching a play, any play, open air would be best, just like at Forte Hall in . I watch a bit of Shakespeare there every summer and steal other peoples folding chairs. Well that’s the outcome as you gather things up in the dark you always end up with other people gear. And vice versa, this year I’m two bog standard seats down and one top of the range seat up. Now, if whilst I’m chomping away at my chicken and swilling some fermented vegetable juice down my neck, some slob came onto the lawn, shut the actors up and proceeded to give me a run down on what he reckoned was happening in North London that day, well there would be lots of polite hissing and tutting and the children lying down front on their duvets in the cheap seats would tell him to go and get to phekk, and to get Juliet back on stage pronto. No one is interested in an entirely subjective perusal of happenings in the that day, and who invited him on anyway.

So what’s so different about the GGT? A great big barrow load of spies and subversives billeted in at our expense. How come their state sponsored view of the world, or Murdoch’s foundation sponsored view, is allowed to trap our attention? If I want to know what is happening in the world I’ll go and find out thank you. That’s what freedom is about. Silly me of course you cannot be allowed to go and have a look first hand. That’s the reason why the areas the gangsters are fighting it out in are knee deep in guerrillas, Al Quaeda, Shining Path, Maoist rebels, Tartan Army and assorted trouble makers. You will get the message to stay away and take your news second hand.

The likelihood of Ryan Air giving you a 10 quid ticket to Baluchistan is sooooo verboten, don’t forget £65 tickets to Hong Kong but it went bust, the idea though must surely have been given airtime at a Bilderberg swilling session and the appropriate airline bosses taken aside and filled in.

So the kind of gangsters that took over German news distribution, Soviet propaganda generation and now Western media have license to fill the airwaves with air. And the show trials have now begun in the clear if GGT QT is to be taken as a canary in the coalmine.

There is nothing at the GGT to our advantage, there never has been and there never will be. Why? Well let us go back to Forte Hall, Silverton crashes into our consciousness spews propaganda and disinformation, then Juliet enters stage right and the children cheer. From curtain up to curtain down it is one great big performance, that’s the trick. GGT Controllers are paid to make it seem like there is a performance punctuated by real life, but in reality the whole thing is a staged stunt.

So when out here in the fartspace you come across some real first hand reportage it must be shared.

Those who’ve stayed the course so far will know that yours truly believes that a mess bigger than the death zone of SE Asia 1963-80 is being stoked in SW Asia. The signs are all there. Clever people have done the business case and it is a no brainer. Now you’ll have to take my word on this because hard though I’ve tried this past month the magik has left me, I cannot find the original source. Before WW1 kicked off UK plc got some clever brains together from the usual places and set them to work on a problem. The problem was basically what was going to cost the more in the long run. A big war to neutralise or the status quo. Well the least costly option turned out to be a big MFin’ war, and that’s what they started.

Similar big brains will have done the analysis for 2010 I’ll bet and the cheap route is a molten slag heap with bodies piled high. So when any coverage of what we are up to in pops onto the stage via GGT it will be utter drivel of the most insulting kind. Here’s today’s page for the area

Read this though The Rotten Fruits of War , here’s a quote from the article. “Young men who are jobless, shut out of education are resentful of social structures that favor wealthy landowners and other elites and they are drawn to Taliban groups that promise a Robin Hood sort of redistribution.”


Our troops are planned to be in country for a very, very long time. Unlike the 1960s there will be no home grown protest movement. Why? The protest movements were foundation sponsored and organized, that’s not going to happen this time.


They always shut the factories just before a war, I read a long, long time ago. Looks like recruitment problems are over for the armed forces then.


Expect this to continue until the body count gets into the thousands and then the GGT are instructed that it is getting too unsettling for an untroubled Herd Attention Space. And then phutt it will all be gone from view. 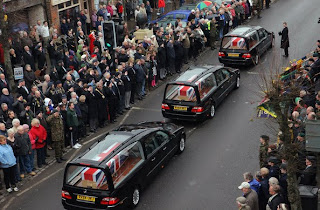