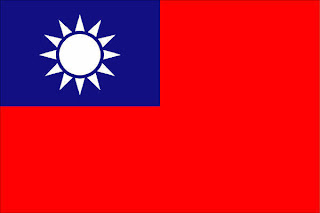 I was asked about what I was banging on about last time out, sorry, a clarification was requested. Good thing too as the waters tend to be muddy in these here parts. If you’ve managed to fight your way through the 6 parts of that spewing you’ll realise that yours truly believes 9/11 to be a massive criminal enterprise with occult roots and military/tech demos. All the players were essentially acting within the RockRoth framework.

The real question is: What will actually be The New Pearl Harbour?

The frame work of PH was that the Imperial Japanese system was acting outside the RothRock framework and was to be brought back into the fold. Roth and Rock hoped to gain from the whole adventure and modify their relative influence viz a viz each other in the world at large.

Rock definitely got the lion’s share of the spoils but there were several interesting occurrences that immediately constrained the freedom of action of the main Rock actor, USofA Corp.

The , mortal enemy, gets plant and massive tech transfers.(Spying and treason)

goes walk about and invades . (Tip off and power play off)

turns into an artillery range.(RockRoth punch up)

And McArthur’s nukes get pulled.(Ceremony and ritual)

This last part is very important.

When you combine this with the knowledge that the “” project needed the nuclear research of USofA Corp, UK plc & Square Heads GMBH to drop two Big Sticks near the 33 on top of Christians coming out of their churches, well now what was really going on way out there in ?

The largest industrial complex outside of the West in the first part of the 20th century was to be found within the Japanese empire in what is now . That’s why we have the trouble there today with Nazi tech in NK hands. All that time stewing away up there and yet McArthur was reigned in and the opportunity to blast the mainland of to the Stone Age was removed from USofA hands.

Why was that? The weapon was at hand to do the job, just as the weapon had been at hand to clear the half a century earlier. Why stop now? Sudden attack of morality from a nation that would go on to trash ?

No the answer is that a restoration of balance was required in the very long term and wiping out did not figure in the plan that spans centuries. was Rothschild in those days, Rock had lost the play. Remember Mao was a Sassoon man first and foremost and didn’t care if his instructions came through or , for they certainly didn’t come from .

The great line of fortresses that kept the Reds at bay, stretching from the Aleutians, through , the Korean peninsula, to the , and out of the Pacific held after that.

Now it may be that Mao slipped his Roth leash during the Cultural Revolution, and it got all frosty with the Soviets and warm and cuddly with Nixon/Kissinger as we stroked the ChiComms away from the Soviets. That is to misunderstand the play. The ChiComms moved from the part of the family that had no casinos to the part that did. Rock thought they had pulled a fast one on their cousins. And so the relationship blossomed with the help of some very busy dual nationals all the tech and industry was handed over to the ChiComms.

The ChiComms said thankyou very much, one day all your lands will be like ours, a eugenics prison camp.

And Roth watched and waited. For the very long plan was to absorb Rock back into Roth as it had been long before the Russians and the Feds got in the way back in the 19th century and before Rock strode off on his own with a Roth modus Vivendi, but with the idea of an American destiny in the Pacific.

Hapsburg lands to be returned to their rightful owners?

So that takes us to today. Rock is broke. It has sold out the USofA and been outsmarted by Roth, essentially out stared.

Right at this moment in the lesson to be applied from all this is that where ever you see confusion and obfuscation, a lack of clarity about objectives or a complete befuddlement about what is actually happening. Dead people everywhere for no apparent reason. All this despite the massive levels of propaganda directed at us by the MSM psyops, you the ordinary person know that you are witnessing a RockRoth infight.

If Roth and the ChiComms are going to put in place a EurAsian firm two things are needed.

One the bloodlines need to be cemented, so look for big marriages between the ChiComm bosses and the Roth. No matter whether this proves stable or not the second condition will be sought.

That is to start rolling that line of fortresses back into the ChiComm play.

That’s TNPH; first one is likely to be because it can be achieved bloodlessly and silently. Rock will then realise that it has just become the object of a play by the main firm and that will not stop till Rock is taken down, no matter what the time frame.

We won’t say a word. We’ll facilitate and encourage the swallowing up of 24million free people into a slave labour camp because we have lost the concept of freedom and natural justice.

We will think that it is unnatural for a human being to sit and be alone with themselves and their chosen intimates. The world will be chockablock with worthies who cannot let you have a second of time without a rule, statute or instruction governing it.

We don’t care any more. We are morally bankrupt.