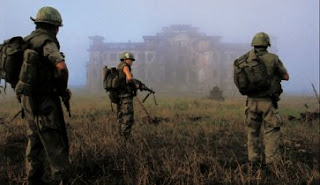 How far can you run a mile? 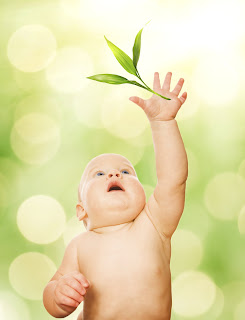 Last weekend some mates came round for a mini swilling session, well actually my daughter contrived for her bestest mate to be brought round by her parents so we fed the lot. No difficulty there I just arranged for a fine selection of ciders to be at hand for my buddy the secretive squirrel. Before feeding our faces, in the first part of the evening we all got round to a bit of a chin wag.

I cannot remember how we got there but this is the conversation I’ve been mulling since.

The first part were words said, the second part were things I didn’t lay on them since they’d already shown signs of a 2iC moment coming up pronto on the blind side.

That second part is for you to suffer!

As we headed into the red apple cider, after a couple of pear ciders, I remember my swilling mate remarked to us that because of the full body scanners R&D process something weird had been discovered about the percentage of human beings playing without half a full deck. Or even less.

Well that got our attention. He said that although not unknown, and he mentioned a particular genetic condition where this is manifest, the really surprising number of people who have a small brain within their…aaahhhh I remember how it all started now.

He’d asked us about what are the two defining characteristics that separate us from the great apes. This was after we’d discussed how painful it was to land on your coccyx. I had wondered if the Canadian researcher who is trying to switch on chicken tails to regenerate dinosaurs, the Jurassic Park method being passe etc, would be successful. I mean do you want a genetically tampered with chicken, with a tail, that might turn into a velociraptor?

Anyway. Opposable thumbs we got. I was waiting for an ability to hold our breaths under water. No; instead we got heavy muscling on the jaws which meant that great apes have more head volume handed over to muscle and lucky old us got the brain occupying that corresponding space.

Now I‘m reading something at the moment with which I could compare his statement and decided to mull rather than say anything further. Anyway he was on a roll. So I piped up with the underwater bit which suggested, as far as I could make out, that instead of coming down out of the trees at some point in the distant past we must have come out of the “water”.

Now we’d got to that point because I’m sure the putative chicken footering confirmed some of the suspected facets of the overall wierdness that is the scientific smoke screen, to our prejudices and educated guesses.

Anyway a small percentage of us are operating with a smaller brainiac mass and the scanner tech guys realised that there were a lot more of us than thought running around quite happily with a tiny grey mass. The really freeky thing though was that when these guys were checked out they were not what you’d expect. They reflected the general population in terms of professions and qualifications. Lawyers, academics, carpenters, footballers etc. Just like the rest of humanity.

Again no probs there. I quipped that it wasn’t unknown for trauma to cause massive brain mass loss and yet the person to continue to function. I can think of one Vietnam vet who has a head full of epoxy and continued to get on with life as a correspondent.

I know of maths grads who, naturally, have such a small mass of frontal lobes that they are classified as subnormal.

Well as we headed into the Magners again he remarked that after the tech guys had mentioned this fact there had been other research types who’d gone further and wired up the persons of interest. Instead of one small part of the whole brain lighting up as in normal persons when tasks are completed like listening or speech, in the cases of the guys with the small brain mass the brain lit up completely.

Well yours truly thought that it might be time to broach a little mentioned topic of conversation which was brought to mind by the presence of another guest there that night. The last time I’d seen her and her husband together Robert had talked about the strange out of body experience he’d had a long, long time ago.

It was also spurred by some of the things I’ve parked out here with you guys in the past.

I related the stories that had been circulating about OOB experiences. Not just that but also about people who had acquired talents, after heart transplant surgery, that they had never displayed before the procedure.

I speculated that there would seem to be a little understood fundamental connection between the human heart and human brain. I stopped there. I hadn’t seen the Arthur Scargill 2iC moment sweeping up yet though!

Now that of course chimed with the ladies present, as I knew it would. Many we knew this time last year are gone now.

I proferred my squirrel friend another Magners pear cider. I cracked open a Bow.

I know, I know. Those of you reading here regularly can see the warning signs. I was there and didn’t.

My squirrel buddy sat back and I hit the gas. I took it a little stage further, I thought, and stated that perhaps there is an inseparable link between the human heart and the human mind, that there is no need to explore the physical human brain to find the human mind.

I was thinking of the Tavistokian goons and the Nazi and Commie butchers who poked around in the brain cavities of the poor slobs that they imprisoned in their barbaric clutches. All the wierdos that infested Canadian research in this area.

They had no idea why I suddenly said “It is always the Canadians isn’t it?” 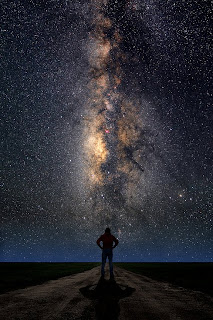 na of sorts? An antenna connected to an equivalent of Jung’s…..”

That’s when I heard it. There was a massive phekking great big 2iC moment screeching and heaving into view.

“Shall we sit at the table? I think dinner is ready” Just got me out of it in time.

The unspoken second part of the conversation I’ll have with you lot.