Left in the shit. 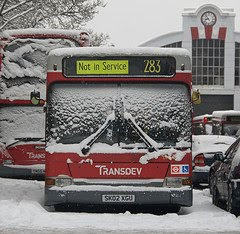 I’m trying to give you lot a rare treat by uploading a song from one of my all time favourite bands. Some of the best noises to come out of four blokes, two guitarists a drummer and a poncing great front man(guitar light), but it won’t load so until it does enjoy the…

“Life Beyond Organizational and Governmental Systems.”

Now you may think this is a bit alarmist but I assure you you’ve been there recently.

Remember this enjoys 's snow chaos irony isn’t my strongest point but even I know this will be ringing some bells back home.

I love the way this one was headlined, it makes it look as though the blame was squarely on the shoulders of the victims, the motorists.

Can you remember those days?


The MoonJoos Sloocing Moos was telling every other nation on earth how shit they were because he was a colossus of such massive priapic importance that in generations to come great cast bronze monuments would be erected to his membership of Parliament.


Read this pish and weep.


What I remember was watching a No43 TfL double decker skiing down Colney Hatch lane, I joining thousands of others trudging through the snow like the long retreat from Moscow for home, and wondering WTF?


For it became obvious as that other elementalist bapp boy tried to figure out JWTF had happened that the goons in power were full of shit.


They were shoveling money at companies that were not delivering anything to us.


They were just trousering the money and hoping no one would ask for anything to be delivered all under the cover of commercial confidentiality.


So that was then when MJSM had borrowed money coming out his fundament, and we were abandoned.

So guess what it is going to be like now that we do not have a penny to our names.


No matter who’s in power next we are fucked.


Feeling lonely, feeling alone, get used to life in the BOGS.