The birds fly, the aquatic bees cry, the trees shine and the atoms sing.


The calendrical blossoms under which I stand are stilled blue. 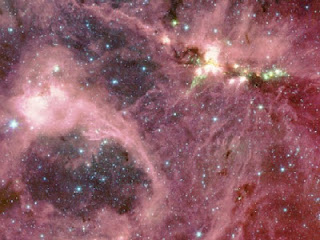 Wherever could I be but in the song birds’ lives.

Forever they have sung me to sleep and awoken my grief.

Never have they failed me.

This evening I listen.

To the tiniest quarks.

In shrubbery and sky.

Highlight over my life.

To have no time to care or sail?

I have no time and yet I do care.

For every atom that fails there is a song bird.

Singing to me for ever and ever until I return the compliment.

How many have passed before me that I am?

How many have passed away that I would be?

How many are we?

Infinite and ubiquitous and never atomised

When I sleep awake under the still falling petals of the blue tree.
Posted by INCOMING!!!!!!! at 22:41 No comments:

Did the Watchers have any real choice in their approach to their problem? Null DNA? Part 3 of ? 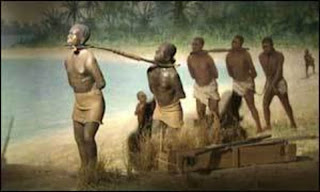 I’ve been bashing my bonce for 2 years now trying to put the wordy words together to meaningfully convey my thesis. Which is, at its simplest, wrapped in the nature of light. What is it? Whatever it is it is entrapped within a great fabric of lies and eyes.

If we are to take Planck, the last universal constant and you know what I think about that state, my eyes are constantly absorbing momentum. What does that mean to me in the aggregated loop?

Einstein, the fakir, used to take the railcar and imagined riding a light wave. And he was stopped. Stopped when?

If we take JCM at his word then the answer is nowhere yet and everywhere gone. Allwhere.

Gold, no we are not going hyperdimensional, is another of those constants that fail my consonants and vowel movements. Everytime the clown Paul, not Damascene, opens his yapp about the Fed you can see that age old god given slaver mind at work. I love listening to the precious metals lads, Morgan, Chapman, Maloney et al. They are worth their weight in… ermm…..gold. HOWEVER, I have never heard any of these guys state the obvious. Bearing in mind that several are already on the horses and many are being checked out for inclusion in the Magnificent Seven, I admire their work, I cannot state this more clearly than that precious metals are being recovered as a continuing process off slavery, unending servitude as a device, as engineered human suffering. It is, like fiat money, a monolith of the fakir construct of monoheathenism. Want gold and silver? You must accept slavery.

So there I was struggling to try and make sense of one strand of what I would want to apply vast numbers of wordysword upon and then LL scripted it so simply.

“The ridiculous part is the very male cognitive error thathuman existence is purely linear and travels like light through a vacuum. Thatideas can move over centuries direct through timespace of their own propulsion.Consider instead that mankind is also cyclical. Birth. Ideas are transmittedthrough generations.  Mothers and Fathers. Account for thisplease! How would such secret societies self-perpetuate so neatly?”

How near are you far from me?

What do our eyes do?

“A hater he came and sat by a ditch,And he took an old cracked lute;And he sang a song which was more of a screech'Gainst a woman that was a brute. “

How far are you close to me? 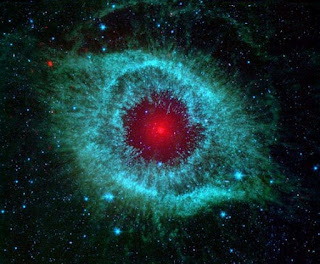 Last year I got started on something How far can you run amile? that I have not yet fully expanded upon nor completed. There are many reasons for this partial failure but at last I can plot the course which has been started again here at AA&AA. This burbling will feed into AA&AA Part 5 of ? but concerns only us and our condition.

So let us start where I left this conversation and see where it takes us. Last time out I asked rhetorically

“Why is it always the Canadians?”

Now this is just a gut reaction on my part from decades ofwandering around reading about stuff wot happened.

To put this maelstrom of unfact into perspective, we are supposed to believe that the Cabbageeating swine infesting the Smoke fled town with shit streaked breeks when the Bonnie Prince threatened to drop by, kicked the Frogs in the nuts and then lost the bulk of the productive North American land mass; all in 30 years! One thing that we can be sure of though is that anything constructed to support a British royalist state is cheap, artificial, ephemeral, psychopathic and sacrificial and the leading role bit part actors have no kinship or empathy with their natives. In such a state there is no money for Aboriginal people, all the money is to be spent on sluts, slattern, whores, dope, fine wines, sweet meats and sloth. Not numeracy, literacy and health for the masses. Oh NO! It is a NOAHide state.

So what is really for?

It is Crown land, i.e. it belongs to . We know that a great experiment was carried out in the . BTW those of you familiar with my speculations will know that I tend towards a Phoenician flow of hidden history which makes that crap…..well, crap. South America got turned over to the Ba’al Hammon Bishop of , no land for the scum. got, at the price of genocide, to play with property for the masses licensed via Calvin et al from the Bishop of Molech.

There it hangs for now over all the .

So, as I cracked open another Bow that evening, that is what I was pondering when the 2iC heaved into view. is a weird haven for skull cracking nutters, kind of ultraPaperclipped. At the other shop I asked just who were the Kapos and commies in the camps managing the assets for? Just who was the real beneficiary of all the inhuman experiments carried out upon helpless persons in ice baths with their turnips exposed? One is supposed to go all RISC and concentrate on the concentration myths. No one is supposed to ask just whose contract was being fulfilled in there? For contracted they were. All was licensed in the Reich’s protectorate. All was known despite Gestapo Mueller’s best efforts and Kammler’s swift constructions. What do you think and were about?

Well needless to say shed loads more pleasant evenings have been had since then, the secretive squirrel’s back yard is now a hot spot for the iGREEN scam fascistKapos. When I light up a Q it can be seen from space. I was not kidding when I did the Parsley blowing Abos into shit pieces. To be a witness and not enclose their spell is negligence and I’ve been wondering, more and more, about the things we take for granted. The thing, unsaid but often thought, on the cusp of my lips as the great big phekking 2iC wreck heaved into view.

That is why this was the next null set, ghosts.

Why do we see?

Looking at the human body there are three important spots. The brain, the heart and the eyes. I know, I know, I know but that will have to wait for part 6 or 7 of AA&AA. What is coming up here is already hard enough to swallow.

Looking, always looking. Why? Who's eyes?

Only our eyes inflect the medium within which we bathe, the immersion of our temporal nature. Brain and heart are occluded by our flesh.

Our flesh is no thing, we are as animals if we are to take the given. The conditioning to be groomed and prepared for slavery. Look at all those fools who spend all their lives stalking the beasts and protecting their spawn, and yet would leave our own to die in the gutter. Intra urinas et faeces are you aborted. Look. Darwinian bankster zero sum gaming Malthusianism, the devil’s light giving hand job knob, a great big cock up round which we are supposed to gather. A bit of advice lads, go spend your effort on those who will die and stop trying to function in the attention economy’s alter space, for you will be culled once your usefulness to the moneyreligiokriminals is over. Become human not a hearder.

Look at that false premise. Look at the showy charity. Look at their cowardice to face the real iCSI. No ersatz lucre, no dead whales, you muppets.

We have been taught to think ourselves base, animals, amoeba, germs or worse unlived. Everything is raised to a superior position needing more false lucre for their maintenance than the ordinary child borne of us. The munnyperpweirdoes practice occulted juxtapositioning of their reproductive organs, no abortion for them unless they are predestined, and exalt their status without basis. So what is the stasis of their fundamentalist mentalist beliefs?

This pixel bollox is already too long so I will leave you with the following thought which we will pursue into later parts of this Bowmanship and AA&AA.

If, as some ancients thought, our Sun, eclectic universe, is an eye pouring light, dynamic from null, into our locality, static though dynamic, then what are our non stopped eyes doing?