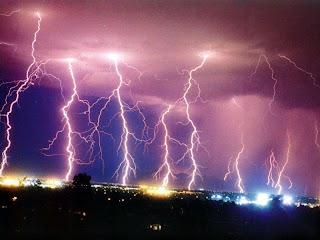 I woke very early this morning and waited. Waited for the sound of …..Normality…the sounds that tell you Christmas has gone again…the sounds of the dustmen.

As I waited I thought of the enclosures.

I thought of what I’d been taught about them and how they were a boon to mankind, and that the peasants driven from the land were just that, unworthy dullard peasants. Cleared to make way for mental giants who could make the land more productive. Men like Jethro Tull and AC/DC .

I let the thoughts rumble, just like my belly. God turkey curry is fantastic stuff, and then I engaged the time synaesthesia.

The theory is that there were men with brains the size of planets who could see the future. Ultimately for the benefit of mankind. These Newtonian cranial mercurial ideas engines would have been held back from their destiny, and therefore human progress stunted, if the peasants hadn’t been culled.

Warping the whole thing in my illness I fooled at it from the differentiated time synaesthesia.

Perhaps there were and are no mental giants. Perhaps the great new ideas like crop rotation, industrial organisation, and perpetual lives are memories.

I asked myself if there was any correlation between enclosed lands and the later eruption of manufacturies and industrial cults.

Must check that I thought.

I also applied the illness to , a favourite pastime since it reveals itself endlessly on the GGT but is more immuring when viewed whilst unwell.

Now I ask you what’s wrong with that.

One is clearly not congruent with the natural progression of humanity.

This has all been played before. There is nothing new. Everything we receive is a given. Given with a purpose. If any part of the overall scheme threatens to run away, then age old remedies to halt progress are brought into play.

The likelihood of any one of us ever understanding anything is remote. We live in a constant barrage of head spin and mouth moth. No thought will lead anywhere alone.

Why would a poor lamb worrier be a magnificent naval architect?

If book snatchers are paid to patrol the shelves and remove words from history today. How much more effective were the toadies thousands of years ago?

There is a new enclosure being played out within our ability to resist.

I believe that enclosure of spirit, of faith, of belief and of life is the ultimate aim. Not with something new and novel in sight, but a reconstruction of something very, very old.

Is that to be resisted or welcomed?

The old legends, read in my illness, suggest of things magical, and wondrous beauty.

However this old memory contains even more that is dark and fell. They reveal secrets that we take as commonplace trivia, spun as amusement in column inches and their next meal.

Whether you feel it, whichever way you view it, however you taste at the entrails. They all smell backwords.