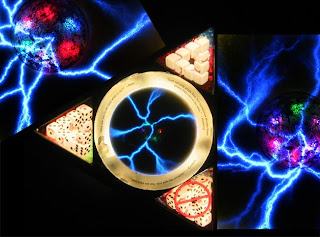 Zorzi didn’t usually get involved in these sorts of occasions but the confluence of events recently had dictated that he be there in person with the signs of his newly reconfirmed authority freshly displayed.


It had been a good summer in the Adriatic and he had enjoyed the high ancient ceremonies. Child sacrifice was so easy now compared to the old days, he’d been told, when families had existed and cared for their young. He smirked to himself, fools they’ll do anything we suggest, but why was it proving so difficult to quell these scum? They obviously didn’t care about anything. His brow furrowed. Still must look on the bright side he’d soon be back in his beloved Adriatic, The Fondazione Giorgio Cini beckons again, no matter how short the stay.


Anyway back to the business at hand. Ceremony, some times it could be so tiresome.


The room was small and low ceilinged with no obvious way in or out. There were three others in the room with Zorzi. The Mark and 2iC were seated to the left of Zorzi at the bare triangular cedar wood table. To the right, precisely in the middle of the third side, sat the one who was going to be doing all the talking. No one else would or could, that was the rules of the ritual. She was Duca Riva Degli Schiavoni.


The accent was purest Anglofied German. “Look at the headlines today, the last day of the ninth month. You know that this is the sign that means you are next. You know that the incumbent expects this and will soon move to his next assignment should he survive.”


These question/answer/statements were the ceremonial rhythm, ancient and revered.


“You know that because of the complexity of the task we face globally this incumbent will not step down until the very last moment. You know that this act is to pent up such hatred for all that he stood for amongst the herd that you will be returned to us without fail. You know that your task is to surrender totally the treasure of the Floating City to its newly secured location. You know that this will be dangerous for you since the measures you must take will be regarded as treasonous. You know you may not survive. You know that you’ve been through the sacred ceremonies and that to break your bond will have extreme repercussions.” The Duca halted and waited to let this sink in.


“You know that the intertwined snakes of your family are reduced. You know that we will as always honour our part of the contract without fail, if you comply. You know that for you failure is disaster.” Again the Duca waited.


“You know that we can and we have always” With that the room went pitch black.


Sudden silence and light, the Duca gated out. Zorzi was back in his comfortable seat in his office high above the floating city. The hologram of John Dee rotated silently above his desk, the smell of box wood wafted through the room. Zorzi was happy.


The Mark and 2iC arose from their seats ashen faced and prepared for government.
Posted by INCOMING!!!!!!! at 10:30