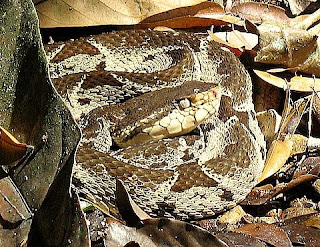 What’s going down in groove town?

War is there to change society.

Whether you give any credence to the Report from or not that is the function of modern warfare.

If you look at the famous battles that mark the modern war society from the American Civil War, War 1914-19, War 1937-45 to War 1950-90 then nothing really happened. Its not like the Punic Wars, no ground was salted.

I think we can lie to rest Pike’s shit as well since there has only been one great big war waged throughout time and space.

Don’t give me any “Oy INCOMING!!!!!! What about the A-Bomb”. My predilection for going my own way on this has been laid out for you on several occasions. I will say again two types of A-Bomb, only one “tested”, dropped around the 33rd parallel, dropped on Christians coming out of their churches. That’s ceremony and ritual. Whilst I remember why would this be remembered from otherwise?

“Now I am become Death, the destroyer of worlds”

So with that depressing thought what’s on the news stands in groove town?

Well over at the Washington Post is getting hustled by ’s bitchboy to take down the Aryan.

Globally the number of flat tops, and I’m a keen student of these beasts, is going exponential. When I was down Yokosuka Naval base recently the number and quality of the warships in sight were quite impressive. All the USofA hardware was out so just JMSDF.

I think it’s the source of this article that reckons something is going to go bang in soon. Sooo much construction steady, progressive and uninterrupted. This has the look of the pre 1914-19 war where all the money was made available to future enemies to build big war machines.

It could be that the race between the railway and the ship has finally been won by the spaceship.

Fer de Lance is over. Is the gear left behind? Is an attack on an attack, de facto, on NATO? It’s the secret protocols and treaties that we dumb SOBs don’t get anywhere near that decide how many of us die unspeakably for unfeasible reasons.

Interesting straws in the wind if my neuron burp is any good? I thought I’d leave this for Dark Lochnagar to translate for us, he’s a fan of the senoras y senoritas, but thankfully it’s in Estuary.

Getting back to my favourite meme at the moment Aryan civilisation and its removal from history. I simply cannot resist this

If you have ever seen *Paul Merton’s trips round and India the thing that struck me was how serious the Indian’s were at recycling, seriously, seriously. It sociologically fits and serves as a warning to us all. However, it is not a con like the crap we get in which is setting us up for a theft. My chum travels out of borough to recycle because she knows her council is telling porky pies on this matter. I only have to look out my window on the morning these strobing ass lobs turn up with their Soylent Green Wagen schadstoffarmes Fahrzeug and gaze at the trail of papeiren bitte, glass, Schrage musik and cans to realise it is all dulux.

However the Indians are running counter culture and are due for a kicking.

I cannot see any sign that they are RockRoth compliant. They diss Grün as defined by Goldman Sachs despite getting the green thing sorted. They are deep into the tech theft of intellectual property without actually doing anything with the process. Unlike the Chinese who just steal and get away with it. Su27 anyone?

Finally we have the light unto nations. The Nobel laureate, the Y bearer, the birth certificateless monkey god juggler.

He’s like Futahaguro . TPTB always give you the opposite of what you want and desire for your loved ones.

Its ritual and ceremony to them, and death to us.

*Any UK plc cameras mean spies and striferingers be around.