Mami's Shit: 50 Years of Race Wars in Southern Africa, Jan Lamp...: Many of us in North America and Europe have never witnessed or experienced the extreme brutality of war. In this slideshow presentation e... 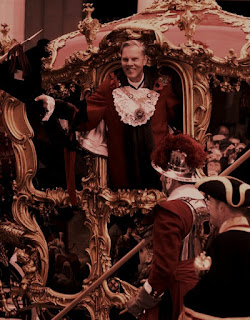 As an addendum to the comment I parked at MAMI’s on this one, after puzzling over certain events from the continuity of oligarchy state, Terroresa Son of Sam May keeps referring to Statutes from the late 15th/early 16th century so shuv that in your pipe and smoke it, I do entertain some contra interesting thoughts.

In his autobio “Three Sips of Gin” Bax relates a very level headed story which only goes mental towards the end. The narrative gets phukked by the censors here so badly that it must be a deliberate flag to stare at.

The reader, having already spotted the MiHi Queensman Cornish key stone mason copper traitor/loyalist bipolar bought and paid for bit player, follows the insertion into Mozambique and it goes pear shaped, the reader is left wondering.

This reader forms the opinion, from reading around the history of other events far, far away, that Henry VIII’s continuity of oligarchy admin had run ChiComms with Hereford copper plating into the area.

Decades later we find that there is a fukkoff massseeeeevv royalist compound in the MzB jungle for the Royal Dutch Shell game royals to swan around in parking their erogenous zones just so, with no annoying whites around to shit on their parade.
Posted by INCOMING!!!!!!! at 07:43