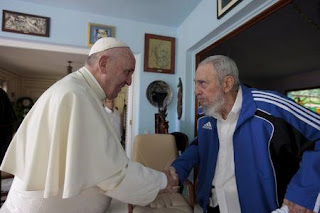 Well there we are, the 76th anniversary of the lads going at the dams and landing on Attu has passed/is passing.

Like the old IJ dams where our SBS lads were with Chesty, we are never knowing of what was really going down. As Patton never new when the SAS intercept teams got pulled during his operations in late ‘44.

As we wander through our daily singnorance it would seem that the very earth under our feet is slowly breaking us into reality, the loam is composting our ecmnesia,  fashioning us as affixed bremsstrahlungnephelim, and making us everbound broken angels. Could it be that some of us, in fact a greater proportion of us than ever, will not escape this infinity film of blackness, this never ending sandwichedsliver, into the boundless light of lifed? To leave existence, never. Either way should be our majority but it seems to be only for the tiniest minority.

As I was waffling at the firebreak outing here long ago the flame fronts are washing over us again and though we are completely unaware of their combustion of all that we imagine we hold dear, the process is actually wished into effect and there is no contrition though the tears are real.

If absolutely no one, ever, can tell you anything about God as soon as they open their yapp, how can they speak forth any truth about where a bomb landed, anytime, anywhere, anyhow?

If no one actually knows anything about how to kit out troops in a war economy how can they tell you anything about suicide bombers in a media centric attention economy?

The iGREEN youngPIONEERS are going to start delivering high velocity pharmacy, the COMINTERNphukkmuppets, to ordinary persons and yet they slaver when trees are felled in the hundreds of thousands and dead fauna and flora die in a death strewn harvest of their own mental lunacy so they can flash mob violence out their 5G asses. We destroyed the cornucopia to bring you ashes. We collectivised the farms to starve you. We are shitheadphukkmuppets.

Anyway, as I was going to say, there we were 4 years into a war economy, i.e. UKabo lockdown, and at very short notice we send in a precision raid to drop c10,000lbs objects. Whatever the objective was it had nothing to do with power or production. Someone or something was stuck in transit/in the general area and only an area effect could disrupt/destroy. Nothing makes sense in the conventional narrative. Just like nothing makes sense of the BoB unless one entertains the idea that we shot down too many jerries. The greatest fear of the boys in the big room was that lampshades and soap production might get curtailed and everything turned over to gas turbines and cascade weapons in 1940.

Thank God for the atheists. Their burning souls destroy the dark and mark way.