Slaving not breeding. Feeding the autophag. So much manoil, so little issue.

21st century fukkwittery. Welcome to the new harem. The gulag bitchstalls are all occupied. Every niche in the commerce ecology allocated by your komdiv you khaants. Pour, pour, pour your poor empty deed seed. 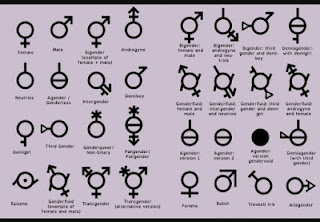 Got a little thought proposition for you. Since UKplc was instrumental in moving ChiComms into Africa 60+ years ago despite what UKplc public believe, Gandhi out, ChiComms in, that is why we have perpetual D notices here, I suspect that we will find ChiComms in charge of Gib, Malta, Cyprus and Suez soon.

Now I suppose that you think this is mental since EUbolloxForce or UNarsefark would perhaps think that self interest would prevent such an occurrence. If nothing else EUBF/UNAF would have a fetidfilledfield day sodomising children, grooming neoCOMrevolutionaries and slaving. Well what do you reckon the concept of self interest is? Peace is a lack of conflict. No mention that peace needs everyone dead. Self interest means someone else not you.

Sovereign means all, some time in the future, after peace is reached through self interest.

If the EU thinks that it is going to get anything other than breakup and swamping then it has that other thing coming. UKplc loves what is going on there. As an aside gc's recent little piece
http://greencrowasthecrowflies.blogspot.com/2019/04/reproductive-dreams-and-nightmares.html
about fertility clinics as kryptoweaponsystems gives us a nice clue as to what has happened in ChiComm land this passed 1 child century.

The genes are what matters and no matter what the weapon system, ICBMs, SSBNs, rifles, slings or swords the lineage long gun works best away from the gunfire and sniper. Just look at London spies in WW2; they infested every side, which brings us back to manoilD notices.

If you put the whole of the British nation in a D cup sportsbra do you get your tits burned after several decades of sybian abuse? Is it possible to legislate for this occurrence? Well it depends if you want to or not, or more precisely it depends if the menacing money geyser geezers decide it is time to call fallow fields time whilst the rest of the peaces get set up to be shattered.

The golden period of the Dcup notice is usually associated with peace, at rest, no discomfort, relaxed posturing and a certain lack of assassination as diversity control. Whilst one sleeps the sleep of the just all the mammary tangoers are plotting the next stage of conflict as progress through titslapping.

Whatever happens in the 100 cubic metres around your own boobspace one can state with certainty that in the aggregate (scalability * time* numbers) will make all bets a certainty in the futures market. Just keep those majik cackeymoney presses whirring pumping demonsmilk out to everyone but the aboriginals under the shadowy Dcups.

Just before the 21century roman roads are finally shut, all the bone yards will be cleared of one last flight crates. Stuffed full of fuerzes especiales they will land at all major aeropuertes and rally with their ground irregulars. If as I mentioned previously 4 A380s should be enough to take out NZ south then 100 similar sized redundant birds should do for western Europe bearing in mind the number of imported franc tireurs in place.

I mean if some clown in a cave can do 9/11 what do you reckon a hypercriminal mastermind genius could do after talmudzentral printed all that counterfeit from NyooYoick for them? I mean with all that funny money since 2008 even a thicko like yours truly would have bought out and/or started all the private security that infests the west. Made everyone lease my airframes. Bought all the politiclits and eunucunts.. Buried all the Jaime Bonds.

In the great struggle accurate targeting of manoil is more important than H-bombs. Clausewitz/ArtofWartheorists will always find themselves outmanoeuvred. If the mangun is parked just so a century before the gunfire and sniper those in control of the breeding mares will always win. To shit all over a much loved trite, instead of wondering what a time travelling retard would do to stop WW2 and other halucinotritonics by aborting baby Hitler, a much more profound affect on humanity’s wellbeing could be occulted by tracking down all the Rothbitches and offing them 200 years ago.

The autoinsensate tits in this dump will never know what it felt like to be a Gallic knoble drifting a peacefilled downstream to town 1800 years ago, never.
Posted by INCOMING!!!!!!! at 07:58