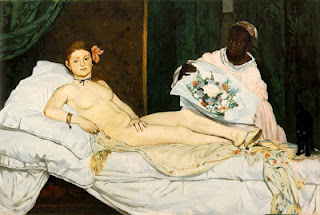 From the Babelbolloxfish Motion Tricker Flicker

EUbos are to be shifted to the byre and the fine residences handed over to imported Neanderthals with superiority complexes. Like Germany was used as a ratrun dormitory in 1945-47 for the RCE/TA plan to hide war criminals and terrorists on stolen land. Just like home for the Apjrucru after Auschwitz and the Zyclotron B scam.

Anyway let us return to the great estate where the green table houses the singing map. I now take us to the drawing room window of the great house. Here we can peek in through the frosted panes and beyond the gold drapings, from the cold herb garden, with its attendant dangers, what with the lethal operatives and foundation sponsored Petri assassins lurking in the weeds and hydroponics, we can steal a little vignette played out prior to the local annual Diaspora awards.

The Diasporas remember are what the local union branch thieves and sex slavers award their property as trinket junky, for stealing as much fiat lucre as possible from the USAbos, UKakos or EUbos, using corruption as art through theft. Work does not make free here. Slavery is their chosen career option. A solid gold fake Diaspora is worth its weight in purest 0.9999 turd, metallurgical and artistic non entity. It is all about money, slaving, discrimination, piss taking and phukkwittery, not talent. It is a part of the great pecuniary weapon system deployed to eradicate humanity.

So what do we find in the toasty drawing room, with the roaring fire, hot and cold running cold cuts of sacrifice. Finest sippin’ bourbon, sweet meats, human veal and unhappy carcasses. Amongst a selection of the finest pre-tested kick start hookers and pre-tasted hand pulled ladyboys awaiting the fate of slake. What do we find lording the lime light and giving forth amongst the degenerate filth?

The classic scene from the Dogfather IV where the Apjru are being staged lambasted by leaders of the off colour community the Apjru trafficked long ago, so long ago the community reps have forgotten who they are,  drong and talentless dancing whoremaisters. Poncing false flagged trollops stating that they are fed up with the herbgarden and think it is beneath them to associate with the sacrificial offal and that it is an affront that the great house is stuffed full of albedo splendido Apjru. They want in and fuck the scum dying in the freedom and inclusivity of starvation.

Well isn’t that interesting. The key grips and non speaking parts are asp rational and want to become recognised slavers, sex traffickers and criminals, they want made. Which is all at variance with their given legend that they are down trodden and discriminated against. Oh the poor poor dusty donkey route marched off colour fat sows and cows. 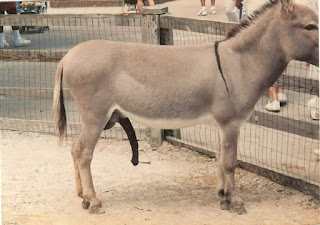 “Lavrov’s moves weren’t a display of personal pique. They communicated the conclusion of the General Staff, the intelligence services, and the Foreign Ministry that there is no point in talking to US officials like Nuland. That is because there has been nothing they have said, or signed their names to over the past two years, which can be believed. If Nuland conducts this war, Lavrov was signalling, the outcome will be decided by arms, at the front.” http://johnhelmer.net/?p=15017#more-15017

Now all I ask is what bit of reality are all these well fed, fat phukks not getting.

Out here in the herb garden we know that all Apjrucrew talk crap. They cannot do anything else since they are living closed system apparatchicks deployed against open systems humanity. Go on, name one of the Yahweh encrusted stools that is/was not anything other than a money fed mouth piece for the sacred psychotic mission.

As soon as you open your trap about diversity you are exposed as infected Apjrucrew. Swine fever is epidemic in the manumission Herd.

Anyway let the traitors, what do you expect from brain fired wooden actors, read their scripts and wordywords prepared long ago, lines and scores. From here in the herb garden the plan to torch the great house and ALL its occupants continuous unchanged.

Yes in the truest sense a holocaust is demanded by their gods.