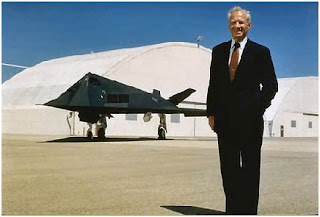 Is it not notable that the further one moves from the contrived drug induced mental illness that was inflicted upon the developed world by the Apiru, typified by the lies of 1933-47, the easier it is to understand what happenend as the nearer to general amnesia one moves?

It is even more startling to realise that in defiance of 500 years of “progress” the passed 70 years have been nothing more than a massive programme of putting the west into reversed development now that the guts have been ripped from it. A massive theft of our western futures has been engineered by salting everything in the cultural acid of toxic money publishing on an industrial scale.

There is no discernable difference between lie, truth, counterfeit, legitimate and forgery now. All is conflated as required to net as much fiat as possible in order to stop ordinary persons, in the aggregate, realising that their life is all staged. Imagine UKplc spending 200 years of selling cheap insurance to each other and all our property to peoples who “know” things. Napoleon’s quip about a nation of shopkeepers is too generous. Skip fillers is too polite. Shit shuvvellers if they put their noses to it, perhaps. In reality we are a nation of fealty bitches.

Always take. That is all you need to know about economic theory and the practice of winding down, of entropy, of cooling background activity in a silenced graveyard. Extract the piss, always.

Whether that be history, currency, science or belief. It is all a great melange of counter measured theft. Put in its simplest form we currently have consumptive religion and cancerous fiction as faithful knowledge.

“The entity resulting from the Allied bombing of Dresden casualty figures have been constantly reduced to politically correct way over the years, in fact, up to 35,000. However, in 1991 wrote Juan painter very logical: "If during the bombing raid on Hamburg in July 1943 55,000 people were killed, then it may have been in Dresden impossible less it must be remembered that Hamburg had a functioning air defense and the bomb load yet. less than a third of which was what came down over Dresden. [...] Irving was able to show 135,000 deaths. However, there are 480,000 officially recognized bombing victims before. Among 37,000 toddlers and infants, 46,000 school-age children, 55,000 war invalids, sick and sisters, Red Cross helpers and . nurses, 12,000 rescue workers, firefighters, paramedics, air protection helpers and air Schutzpolizei It also seems completely absurd, given the time of the attack with 1,200,000 people crowded city [including some 600,000 refugees; Scriptorium] and more than 700,000 from 9,000 warplanes dropped bombs from 35,000 dead [or 135,000; To speak Scriptorium]. Rather, came in two inhabitants a bomb. "(Juan painter, Unfinished, Buenos Aires 1991, pp 28-29.)
In this regard, the following information to the losses of Dresdner population is important and it can not be emphasized enough that these losses were made ​​by the British / American terrorist attack on 13/14 February 1945, when the war was long decided.
The dead degrading "official" number of 35,000 victims, according to police protocol concerns those dead who could be identified.
The city center of Dresden was annealed to ashes. What killed the transformed to crematoria air raid shelters under rock masses, choked, burned at temperatures of this firestorm has been annealed by 800 degrees and the speed of 290 kilometers per hour, will be appreciated by those skilled in losses of another 200,000 to 300,000 people.
The fact is that had been issued before the disaster 900,000 ration cards, while the official census in 1946, 486,000 people living in Dresden auswies. The masses of refugees who have died are (all buildings in the city were overcrowded with refugees from Silesia) largely ignored. Dresden was the largest military hospital town in Germany. (Even the German Red Cross was there - due to the war - set up his headquarters.)
The exact death toll, sometimes even estimated at over 500,000 people, will probably never be completely determined. This also explains that the German leaders avoided to disclose the amount of the victim to not add more to shock the German people. A statement by the Reich Propaganda Minister Dr. Goebbels has become familiar to us: "How am I supposed to say to the German people ?!"
(Zit. After Hutten letters 1/2005.)” https://translate.google.co.uk/translate?hl=en&sl=de&u=http://www.wintersonnenwende.com/scriptorium/deutsch/archiv/artikel/dresdneropferzahlen.html&prev=search

If you have read here before, the following mindburping sentences will simply fill in another belch. If you are here for the first time…..

We know that the research labs of the Reich were divvied up. For example we have been allowed to know that the superstars like von Braun got lifted to run the mid level structures already constructed in Hollyweird USofA. We know that the wrecked shell, that was USSR, got the mid level Reich refugees to helped their inhouse Red superstars build from scratch, hence Dr Baade got moved to Moscow with his team survivors from Dessau, the Reich Junk Works, amongst others.

People like von Ardenne actually chose to move to Moscow not LA. Get that! A multi millionaire successful nuke researcher, think Tony Stark, chose to hang out with the NKVD and assorted murdering Stalinists. He then went on to receive the Soviet equivalent of the Nobel prize!!!

So we return to Dresden. I have previously noted that nuclear research labs were functioning in that city at the time of the raids. I am not suggesting that a functioning pile was in Dresden, though there was at least one somewhere SSE of Berlin, most likely Thorium based, and others in the underground complexes. No, no pile.

However I am piqued by several things about Dresden.

Firstly is the “Keystone coppery” smell of the cover story. It was supposed to show the Soviets what we could do to level a city and impede their way. Duh! Like the Soviets wore blindfolds as they wandered back and forth through Kharkov, Leningrad, Stalino and Warsaw. What Soviet cities were we going to level from where? Impede their way? Stop the Detroit spare parts supply for their transport columns. FFS!  The USSR had just spent decades murdering all its non compliant defenceless citizens in the tens of millions!! They couldn’t give a flying pfukk.

Second the combined all out UK/US night/day effort meant that something or someone was to get removed from existence. I mean seriously, this was not a case of no more targets for tonight left. This was a full on serious mission. It was a local seizure of movement and removal in stasis, not just a fire storm. And then, right then, right at that moment when whatever mission was complete, the RAF Bomber Command controversy is brought in to play to muddy hype waters before anyone could even begin to think and to keep them silted even after the fiction was revealed.

Third, despite the acknowledged degradation, through fuel starvation, of the nachtjagd by early 1945, there is a 9/11 stand down order feel surrounding the initial night attack by the RAF. No interception on a long, long mission. This was not a Ruhr run, this was deep.

Four, since we know that UKplc would allow many of its own to die in order to keep its so called spying and code breaking a secret from the Soviets, what a joke, then frying a quarter of a million square heads in one night, and using the photos of Dresden civilian funeral pyres as black propaganda for the holohaux after the war, sweet, is de nada.

So your correspondent is wondering who was scheduled to be picked up by the NKVD ALSOS-equivalent teams soon and in transit trooping via Dresden in that exact period, caught in the refugee crisis engineered at the top of the Nazi party hierarchy?

Two flavours of scientists that the UKplc did not want the Soviets getting their hands on spring to mind. Bio weapons and stochastic.

Since we now know that the balanced dividing of the Reich tech. was agreed upon in the areas of aerospace and nuclear, I suspect that there was a team from Blizna, think Ft Detrick/Porton, and their compounds, which needed incinerated, in town.

Now that would really have scared the shit out of the allies bearing in mind the miserable technology failures of all their Hollywood scientists in all areas they claim to have been triumphant in. It was OK to let the Soviets get Unit 731 and Unit 516 left overs later in Manchuria, but the SS General Government chem. labs were serious shit, not amateur horror gardens. Let the secrets of the SS chemical labs get into Stalin’s hands and all bets were off, we would have had the Red Army in Antwerp by summer 1945.

Now that was really out of the Rock/Roth powers to control if they hadn’t holocausted the lot.

And so we understand that Churchill really was stating the truth when he said we were impeding the Soviet's advance west.