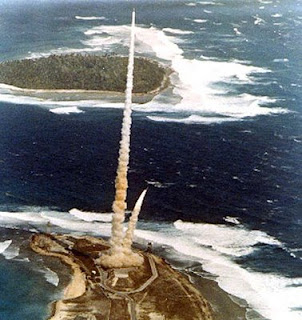 So what happened and what will be the response?

I did wonder if Vlad the Lad, the smartest geezer in the west, knew this would happen. Well of course he did, he’s six or seven orders of magnitude ahead so the question is really what his long planned counter move will be?

I don’t know what that will be, or whether it will be identifiable because unlike all mongheathen ops with multiple task psychopathing, 3rd Crusade, Crimea, Gallipoli, 9/11 etc., or as per MH370/17 his will not have scaring the travelling public to death to kill air travel as a long term objective, as a sub plan but I am sure that he will know that anything he does to remove USofA corps. from the area plays into the hands of the Kreepziods in RCE/LC and RCE/TA. He must figure that keeping the USofA corps engaged, despite EuroKRIPOcreeps and SoroSTASIperps operators in various parliaments’ attempts to get them out with the aid of TalmuZiods in RothRock DC, is currently to Europe’s advantage now that the Môn heathen intend to flood the rich arable lands of Europe with idol pastoralists and lay waste by idle.

So the next Vlad move will target RCE operators in the field badly, not RCE mind you, RCE operators like the geezers skulking in the herb garden we chatted about last month. Or perhaps VD will break out in the Queen’s bed chamber. Or the chamber orchestra will get oral herpes. Who knows? The target rich environment presented by the Môn heathen are legion. Next move will and with justification cause them massive perp casualty figures. So where or what might that be one asks?

What we just experienced on 10/31 had, just as I’ve detailed for 9/11, multiple operations running concurrently, conterminously and with one operation ending that day.

So what did we not see?

One. Well as mentioned the operation feeds nicely into the long running operation to stop all travel other than for the chosen. Pace the Pope’s latest UN encyclical bollox about us all going iGREENrationed and the Rio Summit Agenda 21 crap from three decades ago.

Two. It is designed to entangle the Russians further into a region from where, in 20 years time, a Roth mongheaten CaliArmy will finish off Russia. Savour this Europe, your sons and daughters will be part of that army. That is what happens to bedchamber bitchboys and boybitches; they get phukked over in a palace coup.

I just want to digress here to state quite clearly that anyone who views the current world phukkwittery from a Zbig Geostrategic or Kissmyassenger Geopolitical or any other resource, geographic or academic kaleidoscope perspective is staring right up their own endoscope. This is a spiritual war financed by the Môn heathen on behalf of the monheathen and the two current operations that are important to the Môn heathen are Russian final obliteration and Indo/Indonesia ramp up. As I have stated before, the Môn heathen and their chosen mongheathen dusty donkey wanderers could not care if they ruled over a stargate society or a bunch of mudhutmutts, so long as they were alone in belief.

Three. The limits of Russian weaponry were tested operationally. 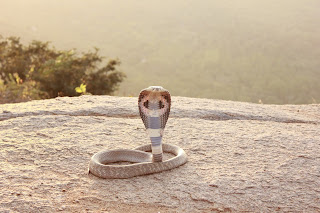 “Ramadan’s over and we’re being groomed for more trouble.
Juniper Cobra kicks off in Oct and all the gear is out there and staying.
There is so much going on that TPTB cannot keep it out of our ken any more. But what's the cover, what's the target and WTF is going on it's hard to tell. Just be ready.
If anything goes bang and the hammer drops we’ve been set up for lockdown. Don’t expect aircraft if a BIG STICK is involved, expect delivery by boat. That’s how the first ones were to be delivered as I explained back in June/July.” http://specificgravy.blogspot.co.uk/2009/09/thank-god-im-optimist.html

As soon as anything airborne happens within a 1000mile radius of RCE/TA I immediately look at the Juniper Cobra. My eye then falls onto this little item.

““In 2005, the U.S. and Israel decided to discontinue developing the THEL after spending over $300 million. The decision came as a result of “its bulkiness, high costs and poor anticipated results on the battlefield.” 2” http://missilethreat.com/defense-systems/tactical-high-energy-laser-thel/

So let me decode that little bit from the article. Bulkiness? 10 years black R&D will sort that. High costs? You own the printing presses and since then gazillions of dollars have flooded into your banks. Battlefield? This is peace time.

Now don’t be getting all choked up with the published range figures. Two things need to be considered. Firstly; in the hands of experten any weapon is two or three times more effective than the manual says. A published effective range is the one that grunts can expect on average. Secondly, and this is where it gets really tasty, a phase conjugate system might be immune to the Russian systems. So a live fire test is in order. All deniable of course because the program got “cancelled” but the hard wear got to stay behind. See what I mentioned about the dangers of Russia moving into the ME. Methinks that just like Germany in 1933 Roth is happy.

So cool morning air, CC in Hatzor, backscatter from Cyprus and a fire unit in a UN compound.

And I won’t even bother with the geometry.

So what will be the response?

Who knows what or where? I think we can say that since we have a moral agent at work we can be sure innocent bodies will not be piling up. Unlike the mongheathen ethics of RCE/LC which encourage the heaping up of innocent dead persons a la Cochinchina, 7/7 and Gaza strip.

If it were me I’d nuke Dollyweird, gas Davos or give the Bilderberg attendees the plague but hell I’m just gun happy.

No. Vlad is too subtle to do anything other than lay the ground for a successor, hopefully as good as he is, though I do hope he lets his light side out to play and at least infests the UN building with lice. Perhaps Bibi would send over a consignment of his best mate Hitler’s Zyklotron B!
Posted by INCOMING!!!!!!! at 16:03