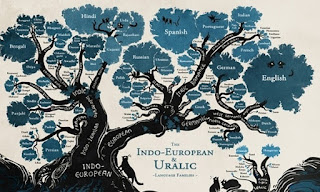 On the fine line between good and faith there is a hair to be split and an angel to be balanced upon its communist hive minded pin head. That is all there is about economics. Time wasting theft from all for the few creeps who kill all and all time. A constantly changing nonce sense for the soon to be stolen from life. Pumped into the HAS by lifeless thieves and workshy scribes, dullard prophets and false gods of the joyless void systems. All ensconced within a socialised cacophonous vacuous tart choir of barren biobotchedbitches.

I miss the hanabi, I love lying there in the dark on the open space listening to the calming chatter and the warm clamour as the rockets fly high. A true firework display, I mean 45 mins minimum. Not a 10 minutes odd hit like you get at New Year here in the Shohola of the universe, after fighting through rationed space and travel for hours and getting soaked by a econocuntry that hates its occupants. I mean have you ever seen a UKplc bankster herd ATM. Designed to make you soaked in the winter, blinded in the summer and optimised for street criminals to mug you 24/7. What a steer rationed shit house! The medium might be the massage but here in the child killing centre of the universe there is no medium and there is merely the seeping London sepia Cage.

We now exist in a sealed room full of court rumours. Kind of like it was in the early 17th century around James or slightly later around Louis. Most likely this is the eternal Purim effect as demonstrated nicely by the toxicharitied Swedish ghostly Spectre’d boybitchwitch. We are suffered, fed and watered and will be exterminated. I mean who needs a bunch of powdered wig poufs? No one. The next waves are those who were spied outwith the estate walls by the night watchmen, huddled and hungry keeping themselves alive on sustained nothings, they will defect to the outside huddled and hungry as the Arsebooked, AltMSM whisperers, onehourphotoboothers and jizz fly. All they need to do is breed and wait; their day will come once the royal court is a blood bath and all towns aborted by Esther’s hand.

As I have mentioned before, all, absolutely everything, is all enclosing scalability.

TS has parked a lovely little missive which you can find on the side bar. I really like this collection of thoughts.

Terroir as the vine knows it. Do we change the mongheathen weeds as they stray deliberately into our realm or do we exchange them with our spiritual pharmaceuticals?

Olaf SPECTRE doesn’t want the wall of sound to take her barren arse and shuv it up her sterile channelling. I mean would you leave anything precious in the hands of these Apiru thieves? Of course not. That is what governance is for, their front on all occasions. However once the front is massage and the message choked by their kin, all false, falls apart. Choked by their own presence they must become scatautophagously outrageous like a Zisblatt statute.

I parked this over at the stoker courtesy of Rothschild Hunter.

RH is correct to point out the link between economic indices and money fake fakiry.

Notice that not one maker of fake markets nor faker of market indices, or fakersquares like Moodies, Bloomberg etc, has been taken into the woods and had high velocity lead based pharmaceuticals delivered CHEKA lime lined pit style away from the limelight.

No one seems to wonder why millions of innocent persons who go to the market for onions and bread got taken away by the money police and killed in every land that the iYahweistmongheathen and their secondary and tertiary wavayahws of commercial iExecutioners laid foot on. How come no one notices that the only way this, so called, economic theory works is if other peoples get killed in massive numbers.

As an aside I would like to take this opportunity to thank those of you who seem to like, phukk knows why, the drivel spouted here on a semi, infrequent and incoherent regular basis.