Where is the table? 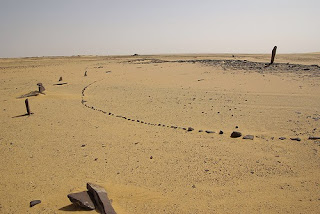 Those who read here often, God help you; will know that from time to time the mind drivellings here, overflowed upon the electroalbedoA4, wander to contemplate the actual geezers sitting in the BIG room. The physical and corporeal entities that are behind the fhukkwhitter we know as designed for and by intelligence.

I have mooted that the table sings within

“…….the room with the geezers smoking huge cigars, gulping ambrosia, slaking metamorphs and worshipping djinn there must be, beside the secret maps, upon the table; the recipe book. The great big book of alchemy that describes and tabulates everything you need to do to grow humans in the garden and remove the weeds.” http://rangingshots.blogspot.co.uk/2011/06/lazy-lazy-days-of-sumer.html

And the BIG room…
”Surely the guys that sit in the BIG room puffing on the fat cigars and drinking the elixir cannot believe anything that their minions believe, that goes for the “secret PTB”, guys we all know about like Rock/Roth and the 300. If they believed what their Roc/Roth minions believed that would be counter ritual and destroy the occult power structure.
So what do they believe and what do they want the gold for? What kind of human society supports these eternal beliefs? I.e. what changes are enacted within human intercourse to keep the gold drive going as Human numbers increase and the water table of knowledge actually rises?
When there wre no more than a few thousands of humans on the planet spread over many continents where was the BIG room then?
If there was a BIG room it needed to be somewhere quiet, pleasant and abundant. Somewhere that allowed easy access to nautical or riverine movement. Ethiopian Highlands sounds just about right. Any other contenders? Kurdistan? Siam? I like Siam but it is just not quiet enough in the time frame I have in mind.” http://specificgravy.blogspot.co.uk/2010/01/how-much-wealth-part-6.html

Now I reckon that we are dealing with geezers and not geeztrice because event though the odd geeztrix does get involved in the crime scene, what we are dealing with here is a malevolent change vector injected into the herd by Yahweh. Yahweh being a given name for one of the geezers in the BIG room. Male is change-amnesia and female is memory-continuity in this war as life giving model.

Unlike a great many who feel that there is an omniscient intelligence directing every action/reaction/solution event and thought experienced by the worshippers within the HAS, http://specificgravy.blogspot.co.uk/2009/08/wank-stators-rotating-non-rotating.html , your correspondent feels we have an epigenetic dither acting as Monte Carlo walk to the HAS. End state is a desired higher sterility, which is all.

Undoubtedly to reach this terminus, the time scale is long, the objective is androgyny, and the body count is absolute. Why else would one go to all the trouble of reconstructing the constantly sacrificing self replicating mutation catalyst made flesh?

That is correct the followers of Yahweh are one weapon system deployed against humanity in its aboriginal destitution.

As Devlin remarked to Hamer in Good Vibration podcast 59 https://soundcloud.com/mark-devlin and I paraphrase, “Where is the Metre des Archives”. Or how do the clowns in charge measure their progress towards the big mission accomplished tail hook party.

I think that this is the first occasion I have heard someone say such a thing. There has to be such a gauge for we know that someone gave the order to bugger up natural philosophy immediately after Maxwell parked his quaternions on us. Hence we got Heavysided and ended up with the Hollyweido Einstein road blocking everything. We also know that the engineers operating out of mittel Europe wandered into a very weird, by conventional physical doctrine, physics that had to be stamped on after 1945. Kron, Townsend Brown, unknown and executed SS operatives, assorted AEG engineers and Soviet war booty all wandered with state sanction into the area given cryptodiscredit by the public spectacle of the Serb, pour encourage les autres, within the HAS.

However the main source of error here is to assume here is a physical script or metric against which to measure progress. We are not talking project management here. We are talking magic.

If, as I’ve mentioned before, Newton (the Alchemist and gold guardian), Descartes and Leibnitz seemed to glimpse a long lost, deliberately destroyed, non numeric mathematics mastered by the ancients and Lubicz sought to deconstruct the ancient mind through the remaining scraping on stones, then one has to consider that part of our guidance system is a search and destroy mission. Removing the old mind, bicameral or not, replacing with the new limited mind.

Well if we go back to the mind drizzlings started at http://rangingshots.blogspot.co.uk/2010/01/how-much-wealth-part-1.html

The primary speculative I focussed upon was a magic event. Starting that series of musings was the realisation that somewhere a long, long time ago, before Yahweh made his name known, long before the Jews there were the Apiru and deep within a temple by the two rivers the original crime scene was enacted. It needed the concept of count and number systems to flourish and spread and kill. This underground temple ceremony was a sacred event for it was a regenerator of the new human restored and it is deduced that Apiru are wandering caravanning sacred conduits for the mission.

This brings another two relationship to our attention.

So where is the table?

Epigenetically the table is now us recreated anew.