Vampire light. Or. On IR. 15. Bismarck and the Rothschild Chthonic Entity/Dimona. 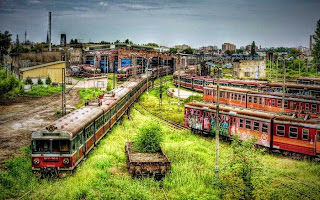 KMS Bismarck was an expanded, obsolete hull design packed with the latest ranging radar, high velocity naval artillery, top of the line machinery and constructed of the best materials available.

Here we can have a little comparo of the two UK WW2 sister ships, HMS Ark Royal and HMS Eagle. Materially the Ark Royal was a “war build” and the Eagle was a “peace time” build. Material quality meant that the Eagle was the longer life timed hull and everyone knew she was the one to keep in commission through the 1970s, Ark Royal’s inferior hull condition reflecting her war build materials, by 1965.

In May of 1941 the whole of the RN from Gib to Scapa hunted down and destroyed 1 solitary battleship. Over the next four years UKplc had the whole of the RN surface fleet in home waters AND RAF Bomber Command, on occasion, target its sister ship KMS Tirpitz. This inability in 1941 to stop KMS capital ships combined with the soon to be executed early 1942 “channel dash” leaves one with the distinct impression of nightmare scenario planning in UKplc.

I know we are supposed to believe the convoy cover story but it is known now  that Murmansk convoys and others operations were sacrificed so that ULTRA could be kept secret. The cover story is that we didn’t want the Soviets to get wind of the fact we knew all their thoughts. We also know that Manhattan was a failure. So once again we are invited by the insanity of the cover story to look more closely at the nuclear legend and just who was to get their hands on the terror weapons.

UKplc, RCE/LC, was scared shitless for 4 solid years that a big one, a nuke, was going to sail off UKplc and detonate, at best, a relatively clean fission nuke, at worst a fhekking big phizzling dirty nuke/organophosphate and poison Roth’s garden for ever. Roth couldn’t give a fuck that all the aboriginal Brits would be dead. Roth was going to be upset that his Hibernian fauna and flora would be unenjoyed by the inbred geneticos mutantes of Ba’al Hammon’s favourite's family ever again. One more time the hanging gardens would have to be abandoned.

Again always remember Springtime for Yahweh, the fauxpriestfiatbanksterersatzgod of Terror.

In 1941 the RCE/LC and RCE/NY knew that no matter what happened the RCE/TA(RCE/D) was within sight. With an exhausted/barren Europe and European colonies stretching out for decades ahead, anyone who could print all the money they wanted and ship all the gold the needed could get exactly what they covetted.

When Balfour fell for the crocodile tears of the hybrid entity supping with him and blubbling about having no home land, the nondom creepzoid, typical wandering Apiru, the UK aboriginal statesperson could never have imagined how those cold zoomorphic cryptochimeric eyes viewed the world to come.

As I have mentioned before RCE/TA is simply a fire base deep in enemy terrortery. Kind of like this one in ‘Nam. 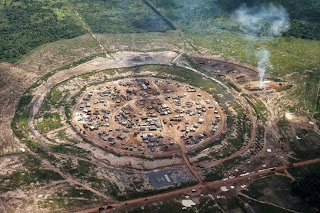 Only unlike ‘Nam there is to be no designed defeat. It will succeed. It would succeed because nothing would be denied it to prosecute its millennia long mission and it is ideologically self sustaining as long as the money flows.

“A Jewish state fully endorses the use of the Jewish Torah and the Talmud as the laws of the land. Last year, as part of a series of moves designed to make Israel’s Jewish status crystal clear, Benjamin Netanyahu publicly stated that he aims to make Israel’s legal system based on the Talmud, as it should be. In Netanyahu’s own words to the Likud party’s ultra-Orthodox member Yaakov Vider: “We will legally define the Talmud as the basis of the Israeli legal system.”


Why do you think that money is the primary universal weapon system? Religion is the secondary.

So what do we have prior to the establishment of the fire base at RCE/TA and its weapon of mass destruction lab in RCE/D?

“At that point, Szilard met with Einstein to write the first and most famous of the Einstein-Szilard letters, warning President Roosevelt about the German efforts to formulate the atomic bomb, and the possible disastrous outcomes should this come to pass. The result was a promise to fund research into nuclear fission, which occasioned the second Einstein-Szilard letter thanking the president.

Szilard had written an article for the Physics Review detailing how a chain reaction would work, but asked the journal to hold up publication so that Germany and other countries would not be alerted.
Time passed, but the scientists did not receive the money promised by President Roosevelt. So Szilard approached Einstein and suggested that if the government didn't follow through with the funding, he would allow the article to be published.

"For people of such high ideals to, in effect, blackmail the government with information about how to make a nuclear weapon was quite surprising," Lanouette said.

The government apparently took the threat to heart, coughing up the funds for research that ultimately led to the creation of the Manhattan Project in the early 1940s.”


Notice that we need to invert the legend to get at the truth here. Peace my ass. The jewcrew didn’t flee Germany; they fled the territory assigned by the Roth/Rock as their Murder Army’s ethnic cleansing zone when it rolled through Europe, on schedule, around 1940-42. You do not pay for a multi-million man murder army and not use it!! FFS!!

What else do we have?

In 1937 Eichmann tagged along as Polkes took the SS on a guided tour of what was to be the jewish homeland. Contrary to the 1933 judean declaration of war on Germany the Zionists in Palestine/Germany/ME had a great thing going with their NEMICo and other entities trading goods, persons, training and technology into the future firebase of RCE/TA.

Hagana and Stern operatives, like future Nobel Peace prize terrorist  and RCE/TA firebase PM Menachem Begin, loved the Nazis and agreed to a war against UKplc in Palestine in order to help the Germans get to Suez and beyond.

BWAHAHAHAHAAAA. Ooooh doncherlove it! UKplc rationed, fooled and darkened. Their dead airmen dropping out of the skies over Germany in their thousands every week and the Nazis and jews are living it up in the sunshine Mediterranean stylee. Oh fuck me you couldn’t make this shit up. No wonder the aboriginals of Europe are going to get wiped out. Too fucking thick to breath unassisted.

Anyway back to the nukes.

If UKplc thought that a German nuke was going to go bang near the throne then what do you think Roth thought?

We have already demarked the 1945 limits of the murder army as it was allowed to drop a hermetic curtain over all the nuke research centres from Sakhalin to Stettin. Note that Rock/Roth new that no vodka slinger was ever going to fabricate something more complex than a panje cart. Rock/Roth also new that UKplc kulaks should never be entrusted to build anything more complex than a bowler hat. Rock knew he couldn’t get Ford to build anything other than built in obsolescence. And as for the French, well all they did was grow narcotics with their Nung highlanders and eat the blue waffle. Don’t even bother with the Italians.

So who else could Roth rely on to engineer something as delicate and complex as a nuke for delivery to RCE/D by crypto Apiru?

As I mentioned earlier two things fucked the schedule.

Stalin, and I think I’ve identified when he, knowingly?, shagged the plan. Winter 1940/41. Though he was by force majeure allowed to function as a Rock/Roth unit. The weeks after Barbarossa as he waited for the Pharmacy to arrive must have been comical. God I would have loved to be there and see the homicidal bitchboy creep shit itself.

The second “thing” was that beautiful, imperfect, city on a hill. Home to citizens we all could be, that so entranced our hopes and dreams until the Apiru killed Kennedy.

Which brings us to another relationship we can add to the list.

Just as an aside and note to self.

Any muppet that goes on about breakaway civilizations does not know about ancient Apiru clues. 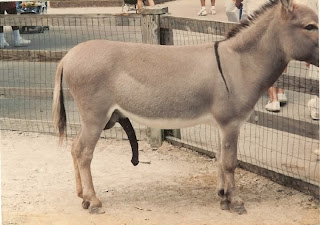