Vampire light. Or. On IR. 12. Or on the 40 years displaced person in the desert. 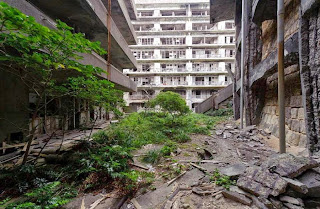 Some of the achievements of German Kultur that really got up the noses of the talentless Môn heathen must have included and this is simply my bias with no particular order, Arminius, Kepler, Planck, CPE Bach, Leibnitz and my favourite, Delitzsch.

As always we have the mercenary/press ganged/Darwinian selected for; worshippers picked up by Yahweh in Sinai many thousands of years agog, close by.

Our Roman chums were based nearby in Augustus’ time (modern Cologne http://rangingshots.blogspot.co.uk/2010/11/colony-buy-grace-and-favour.html) with a nice Mithras, wink wink, cult parked for the Chaldean/Phoenician traders to continue infiltration Ba’alborgstylee. The emperor Augustus and his administrators were about as Roman as my ass. The Chaldeans were by this time ensconced in charge of the Empire. The Roman citizenry in the Legions were out of Rome on active service continually, dying out. Now consider that for a moment. An alien tribe has just taken over the Empire, mutated and turning it from a republic, and three crack legions full of maximissimus Cives Romanes get vaped. Mmmm one doesn’t have to be Miss Marple to be getting a crime scene vibe started. Win-win situation.

Now then now then boys and girls who’d be getting into any USCBG or MAG on the littoral knowing that little factette? I would also point out the role that gold played in the wars involving the gang of three as the republic died out. I might also point to the role played by the Parthians, present day Iran, in keeping the gold gluttonous creepziods at bay for centuries after.

If the IR fuses from the jewish run work camps got passed off to USofA corp. then one can be sure the fuses were parked in someone’s heads, mongheathenists brains and in safe houses in the desert.

“WTF are you talking about you retard? Don’t you know every jew got showered to death, flushed out down the drain with Yahweh’s fluid and turned into headhunters’ lampshades and shrunken bollox soap for the dwarf chukkers of Geelong?”

If the SS wanted an especiales fuerzes operaciones executed, then the work camps were trawled for those best talented, criminals removed from the so called free market and made to concentrate on gaining freedom through work…oy vez.

Operation Bernhard. Dentures for doubles. Art Forgery. Safe cracking and code breaking. Soros. The lists go on and on. All the supremacist rubbish peddled by the race supremacists and their dolted scrip writing scribes. All the special talents exhibited by inbreeding.

So let us start with The Morning of the Magicians.

What tripped the wire in that load of frogspawn inspired malarkey?

One of the “writers/commentators” had a curious experience bearing in mind what we are told and what we know.

We are taught that all the jews were gassed, run over, smashed to death against walls, torn to shreds by dogs, machine gunned, taken for poison bus rides, dissected by killer clowns in fact all the things that the jew run NKVD actually did to helpless civilians in Russia, which the ADL and assorted asswipes never talk about, such that 6 million poor models of polite society died in a crime scene unique to them.

We know that anyone involved in top secret work of a technological nature i.e. R&D, forgery and for want of a better word “black” projects were looked after well and then liquidated if the need arose. Large contractor work camps like Gross Rosen or the R&D complex at Auschwitz had more to do with their limited resources than kill people. That kind of useless brutality with no objective other than human suffering was the Soviet model administered by jews in the USSR paradise.

Bearing that in mind, along with the gold=uranium=gold universal relationship in all these monoheahtenist fables, the following passage from the book struck me as being very, very interesting.

…special interest in M. Jean Thibaud’s free course of lectures on nuclear physics. This course does not lead to any diploma…..But your subject is chemistry. Are you expecting, by any chance, to learn how to manufacture gold?......

….From 1934 to 1940 Jacques Bergier worked with Andre Helbronner….to teach physical-chemistry…..

….Now the scene changes to a July morning in 1945. Still pale and famished-looking, Jacques Bergier, clad in khaki, is engaged in breaking into a safe with a blow-lamp. Yet another transformation. For the last few years he has been in succession a secret agent, a terrorist and a political deportee……Lake Constance….When opened, the safe yielded up its mystery: a bottle containing an extremely heavy powder. The label was inscribed: ‘Uranium, for atomic applications”” p66-70

What Yakov, our Mauthausen survivor, had in his possession in the villa by Lake Constance’s shore was U235.

Now I don’t care about the veracity of the events described concerning our little fabulist. What interests me is the context we have here that can be matched to actuality.

We have displaced persons, still active in nuclear research, surviving (i.e. corporate employee) the work camps, skulking on a mission after the gunfire and sniper stopped around the underground base complexes of Italy after leaving the Reich underground complexes in a continent awash with US Army criminals and Soviet murderers. All the while Zionist pickup teams and ratlines are syphoning the “secret bearers” to the Promised Land, under UN cover, from the displaced persons and “survivors”. All Germans in UK, US and French occupation are in lockdown in perpetuam.

No wonder Elie, whatsishandle?, legged it from the Murder Army liberators of Auschwitz. Stalin was not letting anyone away with gear to set up Dimona.

With the gold=uranium=gold stashes attracting the vampire hunters.

“ATOMIC BOMB;  Hungarian Jew Leo Szilard thought up the first practical design for the atomic bomb in 1933, and had the design patented in London in 1934.

Note that hiatus of 20 years. That was when the European(jews included for the SS were very inclusive and diversity quota minded) chemists and engineers, not Holywood physicists, did the hard work and lit the things off. If Martin found British engineering too exacting to make B57s (1945 UK technology) in 1955, then do not expect anything about Manhattan to make any sense. It also explains how come a desert stop near Yahweh’s first farting to Moses got tooled up so quickly.


Now it must be interesting to eavesdrop on the monoheathenoids star commanders these days as they weigh up how much of their dirt they have on Russia to package for the remaining European fools. Remember that all we’ve  had concerning Germany is their fiction black propaganda. No wonder so many script writers live in London and New York. So we can expect to be getting more and more rubbish about Russian atrocities in the gulag system anytime soon.

Just to make it all the more obvious as a fait accompli, none of the new immigrants will give a flying fuck about it. So forget it being a matter of Euronational politics exactly what happened in the 20th century. No one cares who got murdered by Roth and his side kick Rock in the wampirebatcave.

Now the terrible predictive programming of iPhones and circuses, bread and crypto currencies is made manifest. For the scum will have their iYahweh always and forever. AmenHotep.

Just to set the scene for the next part of this bollox here’s an imperial junk.