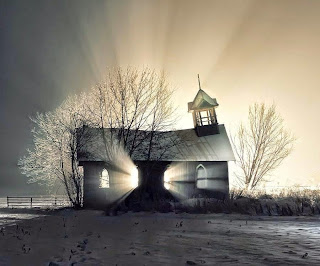 If one were a rational person one would attempt to keep one’s kith and kin safe from avoidable dangers.

For example only a skryptomentalist would attempt to lead his family up a mountain side that was about to go pyrrhospastic. Or if one were at the seaside and the water line receded all of a sudden to the horizon, then only a pure moonsluicing wampireweirdo of the apocalypse would suggest to her family that right now would be a good time to go for a jog to the far surf. I think it would be only fair for one to take said person, after a suitable period of observation and evidence gathering, we don’t want to go off half cocked here, to take said person out into a sunny field far away from the rest of the family and administer some lead based pharmacy. Or if you prefer give them a one way ticket to happy Ville far, far away with a note in their shell like never to darken the familial homestead again.

The one thing that business schools try and tell you is complete bollox because they want to turn you into a licensed thief. As mentioned before KOMBRIG and MBA are the same thing. Programmed phukked witz. Indeed to take that little analogy further we should include Killer Cardinal and Rabid Rabbi to that list of phukkedwitz of the monoheathenists.

Always with their heads stuck in the books of nonce sense whilst working out how to kill people and do no work.

Anyway since we are on about business bollox we’ll take a leaf again from the HR handbook.

Past behaviour is surest indicator of future performance.

If you look at the murder army’s potential wanderings after summer 1944 then a wise precaution would have involved a good hard stare at the behaviour of certain light fingered and trigger happy creeps who awaited, all quiet like and fifthcolumnstylee, the CHEKA corps cops before they turned everyone into corpses.

The exact same modus was evident in Finland, Lithuania, Estonia, Latvia, Bessarabia and anywhere else that the bought and paid for mentalwhore beliefeunuch monoheathen killerclowns in the COMINTERN/STAVKA decided they were going to “liberate”.

What were they waiting for in Rumania and Hungary 1944? Were they getting ready to put on a passion play? Festoon liberating troops with daffodils and daisies? Did they intend to make it a wonderful springtime for peace loving persons like their co-monoreligionists  did in Apr/May 1945 throughout the model state Reichs Protektorate?

Did they fuck! They’d been delivered of their instructions in 1940/41 and kept their heads down after Hitler got a tip off. That’s why they all got shipped out pronto Tonto westwards before they could prove “Past behaviour is surest indicator of future performance.” Again.

So then why did Hitler get a tip-off AND allowed no embarrassing incidents before summer 1941?