Vampire light. Or. On IR. 14. Bismarck. Hess. Or Stalin goes rogue or is it rouge? 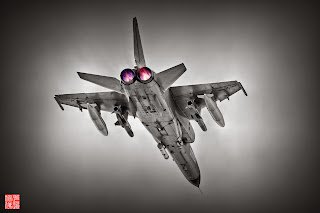 OK if you thought the previous baker’s flashing bollox was a load of Belisha then the following is spaghetti juncture. You have been warned. Achtung Minen!

One of the weird things about the UK legend of the war that RCE/London City kicked off was the ritual of the Hess. No one ever bothered to ask why a guy who was likely an Alexandrian Magi, true conduit for Mein Kamp and 2iC to UKW, was banged up Ballet style in Spandau for decades and not shot. His flight in a personal mission to what in Scotland? Was he not, by association, the second most evil man in history, 2iE after UKnowWho? If he didn’t get vaped by firing squad what was so good about him. For example a geezer who was by comparison not even ƱiC, Yamashita, got shot for being a lofty bastard.

Did Hess have a squeeze awaiting down the Tron Gate? Was he trying to open up a fast delivery service for posh fish suppers out of Bearsden to the lads in training in Paderborn? WTF was going on?

Well ditch the evil/good idea and given history, we’ll concentrate on desired outcomes, unfulfilled expectations and fortuitous serendipity of the staged production.

Always bear in mind that it is always Springtime for Yahweh.

At the time of the Hess sportsGT flight the world was essentially at peace. Oh sure there were hot spots where RCE/LC had been causing trouble for decades getting ready for the BIG one. But to 90% of the world, each morning consisted of getting ready to face another day of designer poverty, delivered free by RCE/LC, surrounded by the love of their families.

In 1940/41 the European continent was at peace. Though subject to very short police actions. (See what I did there.)

UKplc was a work camp. Then reflecting its true position on the real world economy pecking order, rationed, grey, no leisure and dumb. From Lisbon to Basel the wine flowed, the lights were on, the fruit was sweet. From Rome to Sofia fine women were on tap. From Bodø to Barcelona, Brest-Litovsk to Finistère all was quiet except for the useless leafleting and coughing of inadequate RAF bombers.

Rommel, chosen because he’d run a campaign on a shoe string for a peacetime economy, was charging around taking the Michael out of the Queen’s men and Humpty generals. North African natives got on with life as Apiru do. Then a big obsolete brand spanking new schiff slipped her moorings.

Hess and Bismarck went on their last Reich missions together.

Now I know you are going to accuse me of revisionist histortion, 20/20 hindsight. Phukk off! I couldn’t give a flying one about history, even the academic historians know they only get to tell us approved fairy tails.

This is about working out what was really going down. As I have said before this is forensic story telling in the best bardic tradition of Hesiod. Well that is my conceit.

OK so in May 1941 the plan that is being changed is the 1940 plan, bear this in mind for no matter how long this seminal outpouring lasts, that 1940 plan had two parts.

1.Germany and USSR were to bleed each other dry with a body count of 50+ million Slavs and Krauts, somewhere near the Oder.

2.USofA corp. and IJ were to bleed each other dry somewhere in the Pacific near Australia with a body count of 10+ millions Americans and duration of 20 years or more.

Note that no one from Constantinople to Delhi is planned to get a scratch.

If one looks at the investments made by the two protagonists, courtesy of the RCE/NY Fed., being set up by the priestbanksters we can see their future roles clearly.

All that UKplc needed to do was stay Fabian and not disappear from the conflict. I didn’t say battlefield, conflict. Remember UKplc allowed a great deal of its manpower to be wiped off the map by enemy action just so as not to compromise its one true ace, ULTRA.

As the UK legend has it, the “just” war was a civilised war because no one used chemical warfare like the barbarians in WW1. Well that is bollox. How can one expect to believe that a nation that incinerated millions of civilians could refrain from chemical warfare because it was itself so special, righteous and just?

UKplc didn’t use chemicals because it was shit scared that the other side would drop a big one on it. Why else do you think that all the money got out of UKplc and all the jewish refugees wanted to get to USofA corp.? The word was out that gas was to be used indiscriminately.

So we have to ask ourselves just what was it that scared the UK clowns into so called civilised behaviour like incineration of millions of civilians and NOT gas/chemical warfare.

Here is another little fact to bear in mind.

During the massive bombing campaign that was dropped on European civilians two things became apparent to UK tacticians. One, UK bombs were shit. Two, UK property was built shit. When V1 cruise missiles and then Mach 4 V2s were slamming into a defenceless Laandahn Tahn with only 2000lbs, or less, of bangystoff on board, and demolishing whole blocks, even though they went kabooomb sub optimally from a demolition point of view, sharp questions were asked along the lines of ….

“WTF!!! How come small bombs on UK wreck the dump and masseeevestylee bombs on Krautland barely dent the dump?”

So not to put too fine a point on it. UK bomber crews had been wasting their time over Krautland, unless the whole point was to incinerate civilians, we’ll get back to the likely real point of Bomber Command shortly when we look at Japan and Dresden, and that in order to do just as much destruction as a UK 1000 bomber raid the Luftwaffe only needed to put 250 aircraft up. I’ll let you munch on that last little figure when one considers the old pre war maxim that THE bomber will always get through.

As an aside we can see that after 5 years of total war footing and rationing, maximum war production, massive spying and R&D, in 1944 UKplc was wide open to modern technology deployed offensively. No wonder in peace time UKplc could only advise the subjects of her majesty to paint their windows with white wash and hide under the dining table if the nukes dropped out of a clear blue sky!! Talk about clear evidence that the livestock inhabiting the UK HAS are disposable in every sense and on every occasion.

I will translate this relationship to UK warships and armaments.

Whenever a UK capital ship met a KM/IJN/IJA force the UK tub went down pronto. UK naval armament and fire control was weak and UK warships were unable to withstand enemy weaponry.

Jutland. HMS Prince of Wales. HMS Hood. HMS Ark Royal.  KAABLANG gone in 60 seconds. I know I know I know. Go on then, work out why the tugs out of Gib were unfit for purpose under Admiralty contract.

As the plan is changed out go the two krauts in May 1941.

What was Hess up to?

What was it that caused UKplc to shit itself for the next 4 years over 1 battleship?

I think that Hess was protesting that OIC had been tipped off, against the agreed plan, and he as 2iC was trying to get things back on course at the last second.

To try and make sense of my drizzlings here we need to go to that section in The Chief Culprit that now makes so much sense of what happened during the real hot war 1943-45.

As an aside we should by now be fairly clear that all the bollox we are getting right now about Russians being bastards and how Hitler was kind to small birds is more crowd funded grooming of the fallow fields. Suvorov is right within that mix of mind moulding and vistaprep. I reckon the process really started when Agoston was allowed to print. For by the mid80s the plan for USSR dissolution must have been well advanced. UKplc when it stopped National Service in the 60s knew that the worst was over. Also Agoston who was deep in the gold=uranium=gold plot narrative since the beginning in 1944.

So what interests us here then about Stalin?

It is related by Suvorov that in the winter of 1940 Stalin and the top lads get down to the nitty gritty of war gaming the assault on Germany. Cote d’Azur will soon be Cote De Rouge. Zhukov et al play at being red forces and then swap over to blue. It becomes clear that a direct assault into Germany will get bogged down in the defence lines east of the Oder. So Stalin decides to take his tank armies, paid for by RCE/New York, and go south, to turn the German flank, go for the Churchillian soft underbelly of Europe. Indeed he decides to head for the Dardanelles as well. Oooops. What a mistakea to makea.

So in the winter 1940/41, when UKplc was defended by geezers patrolling with pitch forks, a high line of secure communication went up out of the Kremlin into RCE/LC-RCE/NY then down again into the Reichs Kancellry to green light Barbarossa. My favoured route for this comms net is bankeradmiralty. No mistake that fictional reading a factional has Bond as a Commander.

We know that Hitler more than suspected there was a deep throat inside his closest confidants and advisors, hence the by word of mouth no written orders protocol later in the war. We can infer that Stalin was similarly infested.

Hess must have been trying to stop the unsupported German assault without being cognisant of the wider strategy involved and the bloodbath desired by London and New York over the next 4 years..

Right then that is enough for today, Bismarck next outing.