Have you noticed everyone alive or dead, hates the yahwehist terrorists now? 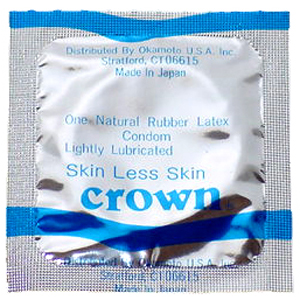 Excepted the wielders of the wholly integrated, full spectrum, ancient weapon system secreted state, first divined in . The stewards of usury, for they are no muster, they are forever fearing servants diaspora’d in evil mission, who kill us, under license from their master. With all the false tokens ever created to remove those separated and abandoned weeds of freedom, agents of orange.

There are only two of us, those ignorant and those aware, the others who seek command of the darkness are foolishly seeking to co-opt the third. They issue from their faux fanny money machine a prophylactic to separate us from God. All the while blinding us with a golden shield and silvered onanist's mirror.

This idea that we are combating a New World Order is absurd. The ancient weapon system is structured through selfish, occulted, inbred, religious Lamarckian selection to reintegrate the old order globally, before they step off the plain this plane. Creeping slowly, generation after generation, across the pock marked gamete world, millennia after millennia. Reunifying through hidden ersatz finance. Remember that the trick is to exhaust you through work whilst importing stipend complaint replacements. Exhaust your leaders through war until everything is destroyed to start again, compliant.

Pleading for intercession from a thing which hates you is the most imbecilic mental disease that this weapon system allows you to indulge after displacement of your leaders. What ever was the reason that the prince’s of the church, living high on the hog, kept the lineage “Italian” until recently is clear now. Look at that semen drenched fuckhouse in Rome housed in money, as I mentioned before who would fuck the pope and get her knocked up, only in a piss taking semitic fuckhouse where no Italians lived. A Pole, A Nazi, An Argentinian!! Well the incontinent must have been secured in their opinion after they financed the death of hundreds of millions.

Only yahweists lived in “”, only yahweists infested the seven hills, only yahweists collected all money in the north “Italian” city states. Only diseased yahweists stocked atheist communist . All from the yahweist crapden of the . Smuggled into over hundreds and hundreds of years around the time of the geezer who went scrypto at the money changers. All self determited self fulfilling self loving hived mind.

This is a weapon of mass destruction funded to operate in every sphere of intercourse and human relationship until finally the world is ignorant. Taken from us by design, fiat the communist desire to atomise everyone and steal the wealth. Whilst underlying communitarian heathenism removes all of the newborn from this unifying toil. Look closely at the 3 yahweisms, all blood drenched, all death, all hatred, why? It is unified under one con game called money.

Homicidal confidence trick. Notice that for centuries the Babylonian scum suppressed the aboriginals here? Now it is all affirmative action telling everyone how fuckinggreat they are worthless, now the population is being replaced by drones. No one ever bigged up the poor people in this country 200 years ago, up until very recently it was STFU, comply and die, scum, but now they are gone, gunned down in designer conflict by the millions, the latest imports need massive support networks.

Whilst my ancestors died poor, starved, ignored, wretched, unloved. Lead pilled and terrorised by the state and the church. The purpled princes of Ba’al Hammon from .

WTFU God is free of this constrict of abrahamic fiction and evil.