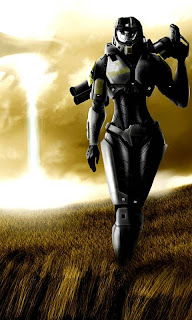 Coulnd give a fuck about the source, they are theives in drag.

Have you heard her fall? The beat on our truth, the peen, the heavy weight delivered true. Cut the gasket, with ballpeen handed, milk carton will suffice, we can devise from nothing. We are masters of the forge.

Ever had to carry the iron? Ever? It weighs so much that one forgets the mass. Ever watched a creep at work? Ever ? He is all ears and does nothing, while those who toil noise.

The mass that is free weighed.

On the Commimterest that falls on all knowinged no buddy’s business, our private thought, where no money grows, our self. Free of transactioned tax and returditude.

Can you hear, here?

If ever one wondered about the lack of my concentration , to camp my pitch to their well paid, ever over fed, lactose intolerant, allergied fat Phukked D’Witz, make no mistake, I have them ranged and shot fallen. No mistake.

The stinking pile of rent seeking lying in slothed ordure that offers a front for pirate activity and gangsterism, Leonist shit heap, Trotskyist turd dump, Marxist pig swill, faecal useless sewer to the opened latrine of the world. Cash stealing cesspool, has had its days.

How can no one know that all the scheming at Dimona was stolen from the Reichsprotektorate. 1933 to 1953 all theft and death. Apiru caravan driving, red filtching of other people. Off their corpses, slavery, death and so called commerce. Traffic in dearth. Dry goods rationing rational killers. Look at their lack of deeds and the billions of dead in the caravan’s wake. Their claim to art and ubiquity is a mask of their poverty, perverted utility and spineless brained idoled indolent cushioned pervert’s bed. Always in their backs never at work in the fields unless subsidised and tamponed.

Just look at the shithouse, depleted for ever around, unknown to themselves. False fictioned, engineered clownunts. Immigrants from no where, evacuated in vast numbers, despite the deaths they called and administered in the fiction of their deaths. What a shit house, where all the arse holes we elect, as debt, bend their divorcée knees. Bend over for pissover. The clowns cannot do anything other than consume, shit and fuck away our days, shitheaped and forever heathen. Sly. Lazy, sleekit killers of humanity. Self styled chosen fuckedwitzz of the eviloid falsed god.

God bless you all, all the Ulstermen, all the South Afrikaans men, all the royal English men, the Cannuks, the Yankeez, the strides of Andzuk, well met by the 51st and the Welshmen.

Too much walking and I tire in my weakness.

The hammer has struck, they have no fruit.