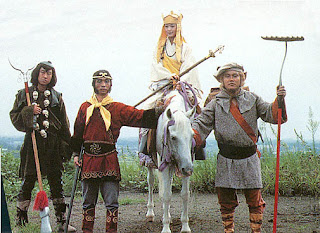 When I was a boy you would have gotten a good phukking booting in the balls if the idea of rationing energy via remote refrigeration shut down, had been mooted by you. I was warp driven and star bound, not stuck in the midden of the shit heap of animal framed toyed and farmed theft.

If you wander up to me today and mention space faring I’ll kick your phekkingfucking lid off.

Which bit of the stone aged multi 10,000 yeared and weather worned Lamarkian selection do you not get warned of?

As I described to my friends the creation of the second number, the number 3, they could not understand the topological metaphor that came before the yahweist shit, The killer  trangenderational godless heathen of so called religion. The subtle weapon system of thought as ripper. The interior minded hive of no thing but dead persons all over the world, as the systems get ready to deploy.

WTF do you not get? Have you seen the generations cleansed from by a nonstop drive to reunite the world, we, the new born, once again, litter under the sun? And do you not see that the three so called great traditions of the psychopathic perversion are heathen, tailored to destroy like an unending contagion of death, humanity? WTF don’t you get? It is ancient and comes from the deep east, the Orient, the great archipelago.

Have you ever observed island chains?

WTF do you not get about the infinity, scribed into two, to make three?

We are in the nocturnal shadowed river, not the light, between two infinite incandesces. There is no boat man, Too is our burden to spark in the dark.

Do you not realise that all is to nought here in the slaver blackened planet unless we wake TF up?

The heathen seek to reduce the horizon to no thing forever.

We are the line where heaven meets the sky.

Heads up, we are and never forget the incline they try to kill in our stilled remark.

Do you get it yet?

There is a heathen call, a Phukked D’Witzz Alarm., a claxon. The fools are now able to manage billions to death, their shatan has been training them in their perversion for thousands of years,

The heathen are sparsed as never before they first were set sail as Noah. They are global net.

Inbred thieves of all and Phukked D’Witch. Thick and never seen unless in usury, luxury, forever cursed for they took then fired as bitches on the stage they do not know.