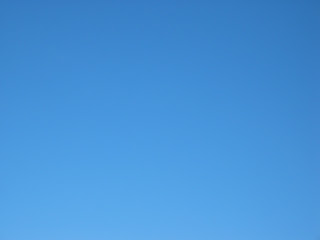 Watch the cultured inbred zoological garden that is the child molesting GGT English voice, of all hues, here in the centre of phukkwittery, The Smokistan.

They no thing. Void violating GGT. A den of experted, exported, imported vice, no wonder it is getting demolished, the GGT Centre Ring of ringed and ring stung oratory can you hear the criesof the helpless whelps, farmed and groomed to fouled appetites. What does the GGT do apart from attack the helpless?

They are bred in eschewal schooling like money hunting Phukked D’Witzz at a drawers down credit gathering schakelogocal, untamed heathen shammed, shaham, in blacked feathers shaman, debt and rentier fest.

As I wrote on your rotten corpse, paddy fields and bog. Where in my toil I have never met you, faced face to face, lucre infected schemed dullard sloth?

Can you seen the speeling must takes I have wondered with false names?

I held here, her hand in my main, laboured and borne, broken with toil, I let her fade away as careless as one who never fails. What should have been within my caress, gentled in the sweetness of her scented mane, pine and jasmine. A lasted gasp as we fell asleep and she seized my breaking start, a fright, an alert, an alarmed moment. United movement. Forever the command of what I thought I knew and realised, false from fall, was never as my miniscule appreciation could apprehend. She soothed my rage and for the first time I slept untroubled in the depths of our quivering crest.

Can I repay the debt, the interest of your eyes upon me, the deeds? As the bluebells grew under my joy, I never thought there would be someone to capital the beauty of the flowers in the glades of my life, daffodils, crocus, dandelion, sweet garlic, the spectrum of the wonders of the woods, but you came.

Tickk tikka tick a tick, the stepped wheel of the sky chases around the slowing thermodynamics of this wold. Where no thing is brought under husbandry, the cold wold. I dreamed, streamed in the cooling radiation of the utter falseness that is the given down our throat.

What is the incredulity that the false educated fools do not understand about the fate of our people? Where ever the rains, reins and reigns fall the killers know their days are numbered. Yahwehist sleekit killers.