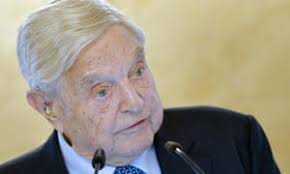 
Here in the outsourced autophage serf farmed easyjet borough of Spyzentral Naarf Laandahn, where the crop of refuseNGOGMO are installed in smart new apartments at EU expense, we have the long awaited rationing as death gulagdrill almost completed.
“WTF are you on abahtyookhaant?” you murmur. Well in the shithouse, ballpondistan, lethalbounceycastle, bukkakehouse that is the fake reality globe scripted false news psychopharmamindshiv constant rehearsal boilerroom of Salem zu Thames, the fiat home delivery enforcers have had their decade to iron out the kinks in the rationing and starvation CHEKAiGREEN food for your wealth van routing. How can we tell this is so? Enfield has gone offline.
The wandering soulless anime caracatures that smell like commutershit have no ba’ideaals they worship every day, afflicted as they are by temple syndrome capture induction by proxy, which is a thousands of years old wish default setting for clay as life.

Many who feel awake are just canned goods on the BBC warbunker warehouse clamouring for more edgy gits like Curtis et al. As for Curtis he's just a round of ammunition in the full spectrum cult weapon system. 15 years ago one of his fellow cultists related that it was time to reverse the permissive society, blamo, she was on message from the tikkumassallakahillacaballa call. Counter, cunter, counter, wanker, counter gang counter intelligence doesn't even begin to start the deconstruction of the witchforces against us.

I cannot think of anyone, perhaps bb9, that is in phase with the plan and calling it out in time to take action, all the attention given to these clowns simply means you've taken a direct hit and don't even know it.

Anyway no one remembers anymore. All memory has been drowned Ilysustylee.  Pulling 9/11 was an imperative once persons who were material bastards made flesh, began to read the ruins correctly and put flesh on the propaganda bones to make out a monster. Cue cruise missiles on rocks in the desert and jungfleisch as dessert in the air. Isn’t that so 4?th/st/nd/rd rapine boy?

H/T Rae West
“Here's Charles Krafft in The Occidental Observer: International Jewry's "frenzy" over Germany's Judenpolitik began [by] demonizing the National Socialists [via] seasoned professionals in the Anglo-American intelligence services and the leadership and lobbyists from a panopoly [sic] of Jewish ... NGOs. ... the symbiosis between these two behind-the-scenes cabals has been entirely overlooked by those ... looking for holes in a genocide narrative that was fabricated by social engineers and psychological warfare experts. Influential Jews in the U.S. and British governments, the Marxist Frankfurt School, militant Zionists (Irgun operative Hillel Kook's "Bergson Boys") and 9,000 mostly Jewish German speaking refugee U.S. soldiers trained in psychological warfare at Camp Ritchey, Maryland and the Camp Sharp Annex in Gettysburg have never been the subject of any revisionist study I can think of. After helping launch the Nazi gassing meme at Nuremburg using creative Hollywood film editing, U.S. Psychological Warfare Dept. SHAEF Bragidier [sic] General C.D. Jackson, a lifelong OSS/CIA strategist, went on to help subvert the 2,000 year old dogma of the Catholic church at Vatican II in Rome in l965 for Henry Luce, David Rockefeller and others so they could destabilize South American governments and plunder the Southern hemisphere.
The only extant biography of Jackson in print is a thin 92 page masters thesis that entirely ignores the clandestine operations he headed in WWII.”

Now then now then boys and girls, if you believe that the earth is fiat and the moonlandings were real and faked just off the A1(M) by a geezer who had automatische shagging vouchers and never wanted for a good repast and swill in a luxury bed then I suppose that the drowning of the planet in catamenial devices will never register as degenerate equality as supremacy. If, as should be clear by now, the lack of interest in the entraining sewer marks you for destruction by the background radiation focussed through mental defectives as unending watcher wardens, that we are the last survivors, then the inability to convive the correct projections into the construct marks one as a candidate for the receipt of high velocity stahl toe cappers into your soon to be flat dearthers.

Taking Miles Mathis as a model we can form an opinion on the great big gaping maw in the middle of our recent reality, expunged from our ken by fire and trickery.

If we take as a given the never ending universal Talpiot raston robots infesting our life fabric in every aeon, then we can, as MM has done, get the genealogies and look for the wasting, public money burning, pink gin swilling, butt welding, fakes and failures, the corollaries, the analogues, of the Sacred olive dippers in New Mexico, match them to the talpiot teams in UK, Canada, IJ, USSR and work back into the black hole in National Socialist Germany and the Reichprotektorate, find out who was trafficking who out of Hungary, to get the likely family names in there that would have moved into the Roth firebase in Tel Aviv once the scripted death of everyone in Europe was realised.

Remember that as soon as the fission, by chemists in Germany, was achieved, the raston robot network in Sweden was on to the case like a skeech o’ farts. All the top of the pop star physics failures there nad thereafter is just cock bate for the pornaddicted wankstator mesmerised phallus worshippers..