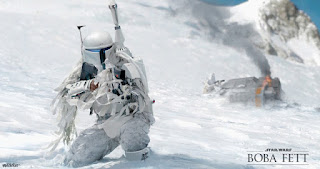 SNAFU!: Thompson's "Five USAF Money Pits" are actually jus...: via Forbes. The U.S. Air Force is currently flying the oldest, smallest fleet of combat aircraft in its history. It has fewer than 200 ...


Once I saw an F/A-18E going buddy I immediately thought RN Scimitar and then bye bye carriers, so long V force, hasta la vista everything but debt slavery……. F-35 the RICO jet. I will bet that every penny ended up in the Roth firebase financing chink pull start ladyboys and rastoncanton kick start fluidlocked phannies. Talpiot Ponzi.

“Many other countries have been in this position, they are not weak but they are made to feel enfeebled. The USofA corp. is now about to enter that state so familiar to UKplc. Imagine back to 1940 or so, USofA corp. could go and borrow as much money as it wanted to further the banksters’ one world agenda. No questions asked. So what would happen if we look forward to 2013 and USofA corp. wants to tool up and save the fleeing Christians streaming over the borders of Panama, Ecuador and Chile and as massive shooting match kicks off between various factions of heathen? Drugs lords, FARC, Shining Path, Hezbollah etc. Imagine the feeling of impotence within the nation as it cannot borrow to finance an intervention. The money masters whack up interest rates to 10 or 15%. What is the interest payment on 15 trillions of debt each year at 15%? I make that 2.25 trillions smooth. At that rate you are going to have all the carriers, SSNs, MAGs and Airwings on the scrap heap. Have you seen any photos of Russia recently?” https://rangingshots.blogspot.com/2011/10/path.html

If you check further down the SNAFU blog you will get a photo spread on USN current aircraft. To my trained eye the flow of time for CAGs stopped somewhere around 1960. Bring back an A-3 crew from then and they will be floored at the lack of progress. Which brings us nicely to MM’s science fiction as op thesis.

Here is one spot ready for a good library burning by other means.

“In the immediate post-war years, hundreds of thousands of important documents pertaining to the origins of the First World War were taken from their countries of origin to the west coast of America and concealed in locked vaults at Stanford University. Macgregor & Docherty Hanslope Park is guarded by a seven-foot-high chain-link fence, just beyond which is a ten-foot-high fence topped with coils of razor wire. Every few yards between the fences are closed-circuit television cameras and floodlights. Cobain writes, ‘only from the air can the enormous scale of the compound be comprehended, it measures almost half a mile across ... It is a perfect place to bury difficult secrets.’ [33]And bury difficult secrets they have. Cobain describes how millions of files containing top secret British government documents dating back even further than the First World War are kept at Hanslope Park. Some documents which were recently released, albeit very reluctantly under direct order of the Courts of Law, revealed the true horrors of British colonial rule in Kenya and elsewhere in the world. The Hanslope documents are among those which have survived the bonfires. Cobain described how just prior to Malaya’s independence from Britain, five truckloads of sensitive documents relating to British colonial rule were driven 220 miles from Kuala Lumpur under police escort to the naval base at Singapore ‘and destroyed in the Navy’s splendid incinerator there’. Papers at the National Archives at Kew ‘testified to a worldwide purge of sensitive or damning documentation: there was correspondence that described the laborious burning of papers; there were telegrams from London giving precise instructions for methods of destruction; there were even “destruction certificates”, signed and witnessed by colonial officials to confirm that certain classes of documents had been incinerated.’ [34] Systematic and institutional vandalism aimed at wiping out the truth. Controversial files relating to Britain’s colonial outrag by Guaporense » 28 Jul 2012, 01:02 The Nominal National Products of the major powers in 1938, in current dollars: (1) United States: 84.7 billion (2) Germany: 46.0 billion* (3) UK: 27.51 billion (4) USSR: 23.02 billion (5) France: 16.18 billion (6) Italy: 8.68 billion (7) Japan: 7.49 billion LOTS ON WW1 When Germany surprisingly sought an Armistice to find grounds for Peace in 1918, it was on the basis of President Woodrow Wilson’s Fourteen Points. The myth history here is deplorable. Historians and journalist continue to this day to claim that the First World War ended on 11 November, 1918. It did not. Germany was undefeated on the field of battle. Beaten but not crushed. In a move which has been airbrushed from official history, the Allies, mainly Britain, continued to apply a full and complete blockade of Germany so that for the next eight months hundreds of thousands, if not millions, of their women and children were starved to death. The rise of Bolshevism in Germany became so dangerous that even war hawks like Lloyd George realised that Germany had to be allowed to survive in a much reduced state.

Finally the terms of the Treaty of Versailles, never ratified by the American Congress, were so damaging that the causes of the Second World War were literally sewn into the fabric.