The gardener has got a new Kubota, no, not tinkering with the glass Kubota scene, as a JAVstar might know it, but a chemical laden analogue of a C123. Funnily enough it is orange. Anyway the tank eunuch and the warfare androgen are studying their talmudmanuals for the application of Agent Tikkum Massala as predressing animal skins. Kind of similar to parking a load of soap and benzene on a child. Mmmmmm they/their god love/s the smell of baked wean in the morning. 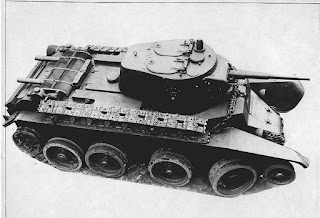 Observing the tinkering going on with the release of high technology into the society of RastonTuringFails one reflects that after a period of several self sealed generations of isolation, of capture, everything becomes so ersatzcyclic that all laws can never apply to anything actually actuating within.

So we can ask ourselves a question, can’t we, can you halt a war and continue it not Clausewitzwisestylee, but in reality. I didn’t say end the war, like all fools have fallen for with their faked war moon ending landings. I mean would anyone alive these days actually recognise a bus stopping at a bus stop without a handmaiden in attendance. So similar with things like Armistice Day, with every memorial stating 1914-1919, which bit a fake deadly plaza, is that?

Look at the litany of failure by pleasure these passed 60 years never mind the designer destruction of progress in the half century before that.

Having spent over a quarter of a century watching the emissions from the ausphart certain absolutes are to be treated as certainties even though collateral will result.

If an analogy is sought it would be, make no mistake we are to be eliminated, the realisation that someone is working happily within our struggle to sabotage by coherent amity. Although in phase they are heterodyne, nothing like us. Looking hard at the favourite ruin that was made of Britain we can derive certain irrefutable conclusions.

UKplc was supposed to survive the conflagration RCE/LC kicked off in 1939 exactly the same as it was in 1939 only better. By that I mean the UKabo having been shot dead again in vast numbers was supposed to return to a state of superrickets and hyper ignorance.

Germany was supposed to resemble a national scaled no mans land, like 1915-1919 Somme/Ypres/Verdunstylee, with all the research centres gutted, all the people dead and all the annoyance caused by hard working, self actuating,  northern, nonChaldcucked, Europeans gone.

“Oh no you don’t you khaant, don’t you know anything about the great white struggle?” I hear some rant.

Well from where I stand all I can see is 5,000 years of retreat fashioned by work shy semites, now don’t get too apoplectic, I haven’t finished. Whilst working hard at being tools wielding tools, the enemy uses the second oldest trade to shuv its weaponcocks into the chuffs of the breeding mares and misdirecting our own warcocks into the barrensheaths of whores.

Quigley didn’t delineate his statement about commerce being the semitic weapon system so I will complete some of the list.

All that needs to be done is define the word semite. The biggest semites I can see now are mighty dollar pushers and if you don’t get the duality of that phrase then you can phukk off, you are of no use whatsoever in the wrenching of history for truth.

Chew on this. Christie tech to USSR. Autobahns as state policy. BT tanks as blitzkrieg.

I’ll bet that once the garlicwillingswine gave up without a fight and we attacked them at Oran the message was received loud and clear that the USSR was welcome in UKplc and the danger of the sausagemunchers not fighting as planned caused our Rothschild semiandrogyns nightmares of cyanide Sinai. From Katyn to Epping is but one fuel stop away in Tabriz is it not so Moshe