So here we are hunkered in the garden by the mint and sage. Herbs everywhere, carrots and onions just over the low wall. The soft fruits have been picked and the apples hang heavy in the morning mists. We’ve been here for ever, some even remember there was a couple of mud laved clowns who pfukked with Enki and Lilith some aeons ago before the mariachi fairy started in the archangel pneumatic hammer chaochoir. 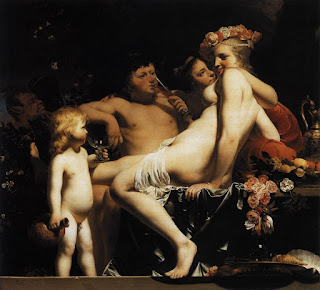 No where within the bounds of the garden have we ever been able to rest and enjoy the silence. For there never has been silence, gun shots, strange gurgling in the night, poisons, traps and habirusonnderkommando hunt everywhere like tractorstat belief enforcers of the wasteclans in the long ago apirulands. They work slowly since by enacting their wishes in the past they can control the way time is spent in the present and formed for the future. There is no escape from low walled magic if you accept your eyes as collapse.

Today we have the strange sight of an upper apartment message bearer being pimp slapped at an open window. Oh the spectacle, sound and squealing as we gaze upwards from under the rhubarb leaves.

Meanwhile in the long glass houses the rastonrothbot uberseerWassabieinsatzgruppen seal and release the ZitherzyklotronZ ricin cocktails. You do not need a gagging order when everyone is gagging and foaming up their lungs under the amnesiac superglycophosphateD notice. The tuber dwellers get the message and slink away into the long grass to await the gardeners return.

Now I don’t want to depress you too much with our return to the kitchen garden but you get the idea, Parsley is overhead just in case you get the idea to scale the ivy and take a good peek at just what the hell Jeffrey and his puppet cru are really up to in that balcony, is rapunzel getting Rapumelled in the ass again, we know where our bodies are buried after all. Far away Parsley will be getting indoctroaugmented for wiping out more TerrAbos too poor to live yet not dead enough to be compliant.

Have you considered who Parsley is? I don’t mean Nevada drone jocks, or Red Army TVJSTARS, though that is where it started. Parsley walks amongst us. Wander down the strasse and watch for those who never enter a bank, never go to the Post Office, never take public transport, never need to pay to park their electric sports car, never pay taxes of any sort and always never say anything. The iGREENgang, the flashyoungCOMINTERN, appear from no where and get everything instantly. They are mass murder and war crime cleared and atrocity rated.

Now then now then boys and girls let us leave the herb garden and travel to a discrete aerodrome where the great house’s resident recidivist entities travel to and from, where the Rancid Rapine Shuttles and the Lolita Expresses get prepped. The combat cocks and the Kombrig phannies will be going CRJ but the meat will be going somnostatisfreight in a C27, along with the vats. If you are ground crew there, if you are security detail there, if you are cleaning the bogs there, are you worthless? Are you Janissary, Praetorian, Untouchable or can you still be made human again? The focus is on you, scum, because your rastonrothbosses have made the epigenetic lifestyle choice ages ago to be nonhuman in the great rotating ballroom.
Posted by INCOMING!!!!!!! at 07:50