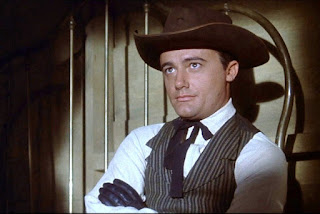 This outing is misstated; it should really be “Time to look at the 7. 3 of 7”. However before we get there it might behove us to consider the total muppetry that the white sup racists love to drink fromm.

Which bit, oh whitecremsupremcysts, of chiselling off faces from obelisks or smashing icons and paintings from churches don’t you get about doxxing and deplatforming?

Which bit of getting dragged out of your home at 3am in the morning to disappear into NOAHide/STASI/CHEKA/Diplockcourts don’t you get?

Which bit of UK concentration camps in South Aficka to kill Boers and improved models in Russia to genocide Russians don’t you get?

Can you point to any event in the passed 2500 years when the mideastminddisease was rolled back? Ever? All I see is inexorable defeat. One cannot use heavy machine gun fire to destroy the mind ming of commerce. All you end up with is mercs from the stone age with WMD and everything you fought for gone. All gone except the infiltration exchequer. There is a reason that the Fart Shrekers got two Chaldean minds as their OC and 2iC. That’s correct, give me a prime number as missionary and I’ll show you a long count worshipper.

Prototype by UK and roll out globally. Unlike UK auto electrical systems these killingcohempounds work every time. Which bit of stocking up with natives from the lands about to be turned to dust as part of your RothbaseC4I don’t you get UKabo?

So number 3. Unlike the other six I use him to signpost the trail and then invert the perps and motives. Whether he is aware of his unfailing failings is beyond me but the exobollox attempt to torpedo the ferreting around the missing trillions story lends credence to the health warnings on his packaging.

If gc is reading here this candidadian is how I got the JJA angle rooted into the jewish nuke rat liens into Palestine. JJA and art museums in Rome. Parvus in Zurich. Dulles in Geneva. http://greencrowasthecrowflies.blogspot.com/2019/12/uss-liberty-blood-in-water.html

On a wider note, P, it should be obvious that if a modern Yojimbo gang turned up at your door, unlike our Mejican pobrecittos in the 1960s, then you know that the whole family is getting spit roasted. http://pennyforyourthoughts2.blogspot.com/2019/12/the-few-proud-human-trafficking-drug.html

If you look back at the archive on D&TT I noted long ago that when the USMC was getting parked permanente in Darwin that Batavia was finally on schedule for levelling. https://rangingshots.blogspot.com/2012/03/all-heating-up-nicely.html

80 years ago the Singapore base was fortified for the convenience of IJ use, not UK defensive use, in complaisance with the Brisbane operational plan to kill off 50 million Yankees…..so here we are 2020AD with a heavily Spanish speaking load of ferals operating with Spanish speaking jihadists all around the Sulu sea where pseudoHitler hid out. What don’t you get?