The New Janissaries of John Company....... 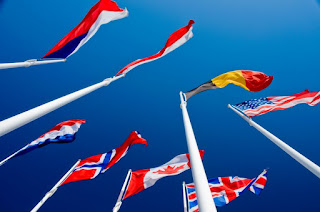 ......coming to a terrorformed, naked, used to be nice country near you.

As I mentioned on previous outings in various places "Show me an unequivocal victory". Staring hard at all that was done by the individual members of this street gang this passed 100 years all I see is designer failure.

Korea? Too much success, get rid of Big Mac.

Ia Drang? Too good so let us increase the McNamara failure dozes.

Commie welcome committees? In every country represented by your flag.

I can predict without fear of contradiction that when, not if, you meet someones massive inbound you will go full British Expeditionary Force circa 1940 or HMS Hood 1941.

AND then the globalist crime gang will turn you on the tax payers.

One pull on the debt strings and you will not believe the ammunition crisis, maintenance obsolecence and consumables dearth you are in for.