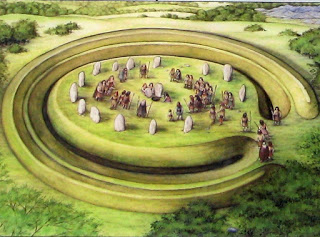 I was wandering, as is my want, Saturday morning mulling stuff that you only get a whiff of here, walking the dog and as per usual got to chatting with a random fellow stroller. This dog walker was, stone the crows, fully up to date with the “Everything is bullshit” model of true reality and sure enough we got down to subjects like the Library of Alexandria false flag/21st century EMP equivalency, Aaron Swartz (I Hacking- The Suicide Weapon- JStor 2008), Assange/Snowdon and Earth’s geological ages. Anyway unreality broke through after a good old yakk, he was off to watch Spurs v Arsenal pronto, and we parted before I could get into quizzing him about gold and related items, what with him being an ex-City lad.

We, moiavecmeinhund, trundled back homeward and as every piss point was being dutifully sniffed, my reverie resumed. I had hoped to broach the fake securities publishing business, a couple of years back I bumped all accidental into someone familiar with the 57s, with my new acquaintance. Perhaps next time. What is quite clear is that the background noise level of what we all know is rising inexorably judging by the random conversations I have with persons actually making a way in this world without government crime support, sponging handouts and welfare typified by Goldmansucks, RBS, SMOOGLE people smugglers, ARSEBOOK and PERPitter spylocks; in fact any "modern" business you care to name. Everyone seems to know its all a load of horse shit. Now that means as sure as night follows day that I am not the only one into Lepharmacievitesseélevée.

Anyway on the way past the Hospice I was musing upon a dearth sky, no snow, and the idea that, similar to what the monkey’s from Grenada found when turning up all “unexpected” again, got told by the natives, “What? That shit? Nah mate wasn’t us. All that was ancient long before we tooled up.”, I expect that the first Celts in my part of Naarf Laandahn Taahn got the same schpiel when they heaved onto the area of the henges after crossing, the land where currently oil rigs are no longer drilling and gone now redundant, from the East. I mean how long do you need to be somewhere to get to know the Earth precessional cycle and ideas about dark light?

I mean how many modern trauma attrocities can you count on the fingers of one hand before you get to 9/11? Let me see. Taiping Rebellion, Spanish Flu, Holodomor, Hiro/Nag…er 9/11. Just made it.

If we look at things as they really are, not as we are taught to, then commercial migration is a survival strategy practiced by unexpended rounds of ammunition. All the great benefits of advbalanced uncivilisation, as flogged to death in the late 20th century, involved rice, pizza, ice cream, kebabs, ciabatta and the other means of holding societies hostage eventually in the dry goods area. Trans.=Kapo Engineered Famine once the lines of credit are burned out by Rothbosses.

The next day up the Heath and we all got down to the 2017 library suppository Trump Plaza shootings, for that is the only way to explain why the dodgy photos of Trump kick starting a ladyboy to death have not surfaced in the altPRAVDABBCSewers. So after chuckling that the Irish cannot seem to get rid off their glorious leader after their general election, despite being told by a TM to “Phekk the Phekkoff” in the Dáil, shades of commiephukkwittzNokiachuckingmentalist Broon there, we snikkered at the prospect of doing a faceoff on Boris and Donald. Would anyone notice?

So if we assume that no instructions, antiDnoticeshitspreaderlicences, to the MSMbitchboybitches have been made known to splash full page technocolor 3D VD spreads of a naked BorDon arspearing a pull start hookerboy or kick start transsexualady to death in a Palambang CIASIS safehouse, then we need to look at the VP and the coterie around the crown for the bit players in the next instalment of totalmentalness western democrazee stylee. Once DonBor is safely ensconced in the Whitehouse Panicspacumisolationtank then at some point a full spectrum of TexMexApacheBDSMFembotCommieLBTGISISPKebabKMafiaCultrueClubPTSDdislexiGREENwhaleviolater offworldhitmenofcolourassassinstransgenderwombfeeders, flown, tunnelled, bused and diversityswancharioted in from all over the world, with full alt/MSMersatzarseblast cover stories and paidfauxconspircrackpots ready to roll, would blow his Barnet off in a freak man made global warming/universal cooling negentropic sunspot storm/calm in full view of the pixellated pissed in the eye by NKHDTV publicmerkins.

Then and only then, Johnson/Haig/Bushstylee would the Veep annex British Columbia and nuke Vancouver to save the Himalayanpenguins.

Anyway as we giggled our way to oxygen starvation at the thought of Palin hitting her big red G spot to launch the Red Orchestra glare from her silos, I couldn’t help wondering about what the ancients knew about quantum optics.

One does not look up at the sky when doing serious long term stargazing, and in choosing not to do so one reveals a mastery of earth geology, mathematics and nonlinear physics.
Posted by INCOMING!!!!!!! at 19:45