It is the aim of RCE/LC is to put in place a complete blockade of the globe. 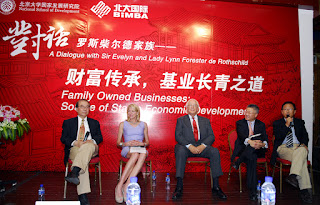 Yep. I am of the opinion that UKplc is still the home base for the Cru. It has survived the 20th century and outlived its primary existential enemy, USofA corp., so we can expect the military strategy to revert to active blockade of the whole world now.

It is a given local constant for 500 years now that UKplc is an instrument of global destruction. Just look at all the peoples visited upon by the poisonous agents of the money publishers over those long, long, deadly years.

As an aside it is now obvious that something went terribly wrong in the Roman occupation of these islands and that the answer to what that something was can only be found in Ireland. It is not what has been done that begs this speculation; it is what has not been done. No one, no one has bothered to work out what happened to the Legio IX. We know that Ireland did indeed have a large Roman presence. If the Germans can finally find their Teutoberg site why cannot these islands find the IX? Well that would really stir real nationalism in UK might it not? Whether found or not it would be a dangerous exercise, let sleeping dogs lie, especially since the IX was likely on business sponsored by the ancestors of the current occupiers of RCE/LC. It would lead to uncomfortable questions concerning longevity of familial/dynastic ties perhaps lead by real nationalists, not of the ersatz foundation bitchboy nationalism that is encouraging dissolution of the nations. Imagine a Sikh or Baluchistani encouraging UK Chavs into their territory. Fukk me!!!

And today it is visited upon itself. Just look at the UKakokulakgulag. The coming race war will involve RCE/LC pirates delivering diversity WMD and equality starvation to everyone. UKabos have returned to a pre industrial state of megignorance. The whole globe, thanks to Zoe’s daddy, has now swallowed the nation within the bindings and limits of theatre.

If you want a vision of the future just imagine a BBC DJ dressed in a great robe entering a darkened room to desecrate the defenceless. That is it. Them and us.

So there we are stood in the late 1980s, just as all miraculous like, the scene changer orders the old cast off and the new characters on. With some caretakers and scene fillers lingering. Like Major and Bush. USSR and RoSA gone. DDR(less than 20 years), Czechoslovakia gone and Yugoslavia gone. Iraq gone.

What conclusions can we come to about the fallout. Well for one thing you do not aim a supergun at the Roth pirate base in Tel Aviv. You need to have had scientists and engineers actually in Auschwitz and Die Reise in the 1940s to develop WMD tabunstylee. To get it third hand via Israel had a short shelf life especially since the Roth jews in RoSA were going to get the hell out of the country once they’d helped ruin it on behalf of Oppie.

It has to be noted that everything must be cushty down there now that the antiEuropean/proChiComm RN Beria patrol is long gone, FRELIMO/RENAMO ChiComm pets have made everything safe for the Dutch royals to have a fuckoff game reserve and the freedom fighters are watching farmland going all UNstoneage.

BTW Royal Navy how come you aren’t going all Beria patrol on Tel Aviv/ISIS/Al QuaCIAeda/Humantraffickers/Whiteslavers? How come you’ve turned into a cruise line and tourist agent for Roth the genocidal travel agent? What a stupid question!

Notice there are no WWF Mau Mau style native terroristas sneaking in to attack the gin swillers as they stare at dead wild life heads these days. Mind you the farmers were the target for the old “freedom fighters” not the toffs. So it is all safe, now that the farmers/farm workers are dead and gone, for the inbred Royolas to turn up again and lord it over the native scum.

Most intriguingly you cannot do a reverse Reich on the Russians even if Ben Yeltsin and assorted jewish commercriminals, ghosts of the murdering Apirugarchs of Lenin, looted the country. BTW it is to be noted that country estates/large houses, which first reappeared in England after Henry VIII got his Venetian minders for the first time since the Venetian ancestors turned up with the Legions, have again reappeared now that Russia has been stolen by London/Venetian/Roman long life isomers.

We can also see that short half life countries are being deliberately fissioned just as the idea of national sovereignty is being expunged from the cabbage eating beet suppers. The great thing about this trick is that true nations are to be erased because they are suddenly obsolete. The idea being considered passé. The replacement is truly criminative and could only be attractive to truly disabled minds. Global commercs and slavery. No choice, no variegation, no change, nothing but a monotonous brain dead muppetry from the money worshipping fools. The only retards greater than these degenerate sterile mental defectives are the western publics staring at the wankstators in the HAS parks.

I mean only a herd of suboptimal chromosomal mutants could think that putting a Stone Age settlement into the UN is progress and the destruction of England is cool.

In the UKako world of Thomas the wankengine the Hollyweird ideas of what fraud brainboxes should look like and how they should behave have infected the cultures such that real science is no longer practiced. All we have are bedroom farces badly acted in huge theatrical warehouses by believers of the moneymonomind. The pilgrimage routes are busier than they ever were in the Stone Age or any other age.

So what are we onto today?

Well it is once again scalability. For the one thing we can guarantee is that the Ozonoids need to re affirm their beliefs through incremental universal mentalism. It is also a function of logistics and they assume that the means to achieve their needs will turn up by others’ efforts and then get appropriated by them through sacred commerce fronted by dangerously retarded business persons that always need a govpimp to enforce their fake contracts. The age old way to do that is through righteous blockade as unspoken conflict.