Now that NATO/WarPac have gone we have WahabbiPac...this time it will be real HOT. 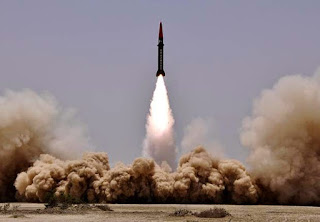 Operation "Thunder of North" has a perp list of the lights unto the nations now being exercised to bring peace to the world. The WahabbiPac weapon system is integrating its satellites into a C4I which means concentration where ever it wants in that region, I remark on regularly at my other shop, which is due for a massive cleansing. That is not to say that the final part of the 19th century operational plan will not have surprises. Just do not expect a Shatanic state to be anything other than a very short half life element as the killing zone gets cleared for the WahabbiPac to move into Greater Khazaria.


"ISLAMABAD, Feb. 16 (Xinhua) -- Pakistan has confirmed its participation in military exercises in Saudi Arabia along with other Islamic nations.
The confirmation came on Monday, a day after the Saudi Press Agency reported that the military forces from 20 countries are scheduled to begin military maneuver in Saudi Arbia.
The news agency described the maneuver, dubbed "Thunder of North," as the region's most important military drills involving ground, air and naval forces.
In response to a media question regarding joint military exercise in Saudi Arabia, the Pakistani foreign ministry said the country is participating in a multi-national exercise on counter-terrorism being held in Saudi Arabia.
"A small Pakistani defence contingent also remains stationed in Saudi Arabia under a bilateral arrangement," the foreign ministry spokesperson said late on Monday.
The SPA said in addition to the six Gulf countries of Saudi Arabia, Kuwait, Oman, the United Arab Emirates (UAE), Bahrain and Qatar, other participating countries include Chad, Egypt, Jordan, Malaysia, Morocco, Pakistan, Senegal and Tunisia."http://news.xinhuanet.com/english/2016-02/16/c_135101548.htm

When the mortgaged boybitches in the west realise that they will not be allowed to defend themselves, because they are in mega debt and have no moneeeee the stupidkhaaants, it will be too late. The WahabbiPac weapon system will be running through town bringing peace beheadings to the world.

War News Updates: The Islamic State Expands Its Ranks Of Child Soldi...: Maajid Nawaz, Daily Beast: The ISIS Army That’s Still Unborn In ISIS-land, mothers are given books telling them how to raise their off...

As I was remarking at penny's yesterday one needs to keep an eye on things off the HDTV wankstator zone in order not to be surprised.

Russia has been under existential threat for hundreds of years, who do you think was passing intelligence to the Mongol Horde, that's correct the great-great-great-grand daddies of the geezers currently parked in RCE/LC and RCE/DC, so Vlad is not just manouvering, he's getting creative with the disabled minds that worship the money publishing high priests of Ba'al Hammon and fucking with their timelines in RCE/TA.

"By announcing the withdrawal of a part of the Russian force in Syria, Putin has once more taken the world by surprise. And already the commentaries are streaming in, be they amazed, dumbfounded, or cynical.
Some ask "Why?" and "Why now?" since Russia and her allies are in full momentum as they say in Rugby, and in full winning momentum. It's for certain that the Russian intervention has considerably changed the facts on and around the ground, and rarely has as much been achieved with so little (fewer than 50 airplanes, a trifle after all). But all the same, why stop on such a succeeding course, why not put on another layer?

True, the official explanations -- "the objectives have been completely met," and it "will stimulate the peace process" aren't but halfway convincing.
Let those lines about "Russia is going broke" or Putin is abandoning Assad" go for laughs."http://www.fort-russ.com/2016/03/que-pasa-vladimir.html

Anyway straws in the wind and all that.


"Why Record Numbers of Ukrainian Jews Are Fleeing to Israel

On a recent afternoon, a large white van pulled up to a red brick building on the outskirts of Dnepropetrovsk, a city in eastern Ukraine. A woman with a plump face and dark eyes stepped out. She smiled hesitantly, looking out at one of several newly built transit centres for displaced Ukrainian Jews."
https://news.vice.com/article/why-record-numbers-of-ukrainian-jews-are-fleeing-to-israel