Rainbow CHEKA coming to kill you. 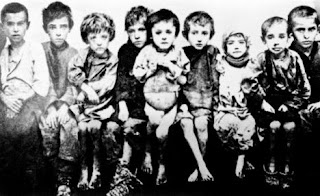 Disabled persons should not be allowed anywhere near the levers of power and authority. A century ago the same special needs creeps were urging "Workers of the world unite" whilst leaving out the rest of the marketing "so we can kill you all more easily.". The whole lot cannot function without a 24/7 intravenous drip of lucre administered by zentral bankstering nursey.

G20 urges focus on structural reforms: China is currently holding the chair of the G20, which is a grouping of 20 developed and developing nations.

It cannot be stated too often that these priestbitches and templeboywhores of money worship are deeply retardied and immaturely developed human beings. They've had the Zika GMO/UN compliance virus injected deep into their brains when forming.  To all sentient life forms they are toxic like a plutonium salad. 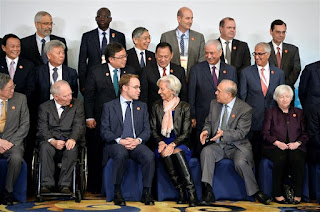 If ever you watch all these faux nature loving HDTV programs, stuffed, staffed and fronted by massively, animal tested makeup, mannequins, jetting all over the planet, drinvin' phukkin' maasseev gasguzzling hybrid V8 4by4s, going on about how all the cheetandalar lionbear elephrhinos got hunted to extinction by climate change rifles, they will never tell us, as they make us feel all guilty because a baby zoolarbearchick got all orphanedrowned by displaced oscar winning black polar bears in Zimbabwe, that the whole problem, all 100% of it was caused by the money drinking kreeepzoids like the clowns above families, shooting them all down to this very day.

Ordinary people have too much to do with their busy lives to go and shoot a herd of animals all dead for piano keys and cockstiffening unguents. The 0.0001% of money publishing and golden debt berobed clowns do nothing but kill everything all day every day.

In the Darwinian dupes model of mammalian development from the slime, these clowns are barely functioning amphibians. All in need of merciful release.