“The Eagles have arrived in .
Beginning on Apr. 1, 12 F-15C Eagles belonging to the 131st Fighter Squadron, Barnes Air National Guard Base, Massachusetts, and the 194th Fighter Squadron, Fresno Air National Guard Base, California, have deployed to Europe as part of the latest iteration of a Theater Security Package (TSP)……….”
https://theaviationist.com/2016/04/04/us-f15s-arrived-in-iceland/

26 bankers already sentenced to a combined 74 years in prison
“In two separate rulings last week, the Supreme Court of Iceland and the Reykjavík District Court sentenced three top managers of Landsbankinn and two top managers of Kaupþing, along with one prominent investor, to prison for crimes committed in the lead-up to the financial collapse of 2008. With these rulings the number of bankers and financiers who have been sentenced to prison for crimes relating to the financial collapse has reached 26, and a combined prison time of 74 years……”
https://icelandmag.is/article/26-bankers-already-sentenced-a-combined-74-years-prison

A long time ago a chum of mine, cabincrew on Rekflights, always planned to head there when the balloon went up. Well I always thought that was smart.

However watching the number of “aufklarungsfannytourists” wandering through now I would put money on the nation getting taken down soon.

Nikonquimercs will take down the thermal plants and there will be no movements in or out of the place.

A well documented, let this be a lesson to you, slow famine will be watched by all the EUabovacant spaces and OTANslowmoving vegetative life with nothing to be done about it for “technical” reasons. 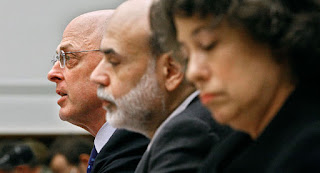