35 years before the knobheads got to plan the imperialcriclejerkingretardation of the world at public expense, the progress of ordinary persons was visibly on the up despite the bankster planned wars and talmudic managed genocides.

Observe the magnificent flying machinations in the previous two postings at this experimental windstunnel.

In April of 1968, 30 people, including scientists, educators, economists, humanists, industrialists, and government officials, met at the Academia dei Lincei in . The meeting was called by Dr. Aurelio Peccei, an Italian industrialist and economist. The purpose of this meeting was to discuss "the present and future predicament of man." The "Club of Rome" was born from this meeting as an informal organization that has been described as an "invisible college." Its purpose, as described by Donella Meadows, is to foster understanding of the varied but interdependent components—economic, political, natural and social—that make up the global system in which we all live; to bring that new understanding to the attention of policy-makers and the public worldwide; and in this way to promote new policy initiatives and action. The original list of members is listed in the preface to Meadows's book entitled The Limits to Growth, in which the basic findings of the group are eloquently explained.
This text is a modern-day equivalent to the hypothesis of Thomas Malthus, who postulated that since increases in food supply cannot keep pace with geometric increases in human population, there would therefore be a time of famine with a stabilization of the human population. This eighteenth century prediction has, to a great extent, been delayed by the "green revolution" in which agricultural production has been radically increased by the use of fertilizers and development of special genetic strains of agricultural products. The high cost of agricultural chemicals which are generally tied to the price of oil has, however, severely limited the capability of developing nations to purchase them……” https://www.encyclopedia.com/places/spain-portugal-italy-greece-and-balkans/former-yugoslavian-political-geography/club-rome

As you know by now the Bomber B syndrome/RICO systems complex is universal and has been hard at work in all and every sphere of human struggle. The reality is now a debt starved mutant monoculture of sterile counterfeit crime scenery where massive theft/larceny/fraud/religiouspiracy is androgynubiquitousbarren in all and every issue.

In casting the steady gaze over my favourite subject of turney burney thingies all has come to pass as per the recipe of poverty released by controlled demolition of everything.

We’ve got the absurd situation whereby, to put it simple terms, the RAF would be trading up to Spitefuls after the Swift, the Luftwaffe would be upgrading from Me262s to Bf109Ks, the Men In Black would be trading in the flash pens for danglyshineythings. Would Captain James Tiberius Kirk be impressed if he was improved to sub light? I don’t think so.

In an age of constant change, i.e gnosticTrotskyismtheft by approval, have you noticed anything that would confirm so?

What did Soetoro the Alinskykhaaant keep saying again?

I haven’t seen clitamputating maniacs storming . I wonder if a D Notice has been placed on reporting Mahgreb squatter camps in Sandrigham.  I suppose the Bitchboy Boybitch Cwimhouse kept the stench about the Roth estates’ soils been enriched by pixellated perp stabbing epidemics WTC7’d.

Plans will be revealed in official budget request on Feb. 4

Decision said to come from Pentagon leaders, not Air Force

The Pentagon is planning to request $1.2 billion for 12 Boeing F-15 X fighter aircraft—the newest version of the decades-old jet—in its fiscal year 2020 budget request, according to two people familiar with the decision who asked not to be named because it’s not yet official.
The decision to buy the newest kind of F-15 aircraft, so far only sold to allies, comes from the Pentagon’s top leadership, including with some prodding from Deputy Secretary of Defense Pat Shanahan, and not the Air Force, which would be flying the planes, the two people said. Shanahan, a former Boeing Co. executive, recused himself from any decisions related to Boeing when he was confirmed by the Senate…..” https://about.bgov.com/blog/pentagon-billion-new-boeing-fighters/

Soon everything will be stone aged.

Housing of the future.(If you are lucky) 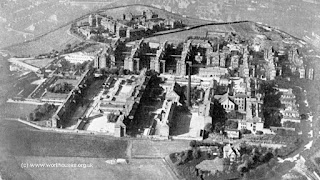