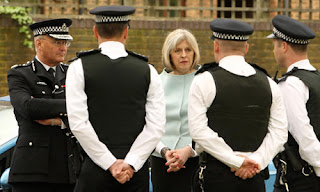 (As you know the old barge got torpedoed and went under the briny, not before we salvaged the hold full of gold though. So until I’ve sifted through the wreckage and hammered the stuff I was going to put out here back together again, no matter how tardy, here’s a little something that I was musing over the past 6 or 7 weeks whilst not swimming the Thames.)


Those of you who have read here will know that I like to bandy around the FLA RISC. RISC, as you may have discerned, is in my lexicon a derogatory epithet, nay nugget.

To totally get your heads round the idea of RISC as applied to the heathen’s belief systems, indeed the systems that are the required default setting for inclusion in the heathen’s NWO I give you the following.

“Render unto the Geezer that which is the Geezer’s”

If you get that then you are free of all RISC. If you don’t, and I’ll wager any paid up member of the 3 main RISC systems won’t, then you will not get any of that which follows here, since it is in the main not temporal.

A special note to atheists here, you are a specially entrapped RRISC subset of the three main heathen systems. You muppets. That observation comes from one who has been IDed by his nearest and dearest as an atheist. BWAHAHAHAHAHAAAAA, so much for the company of fools.

Recently my ChiComm buddy and I were discussing the fascist/Nazi/commie slaver heathen state’s health system. I was surprised to find that it was not as one would expect from the official title of the slaver dump, People’s Republic of China. From what I gather the prototype for the NWO simply rations healthcare by the size of your wallet. A more exact title for the prison camp would be the Child Killer Republic of China, for there seems to be no rationing applied when it comes to the slaughter of innocents. Except on the occasion of one being part of an officially approved and tagged minority. Then you can breed like rabbits, until you are declassified of course. Their NHS equivalent is a killing machine. Now don’t be getting all snikkery UKplc. Now that the purpose of the UKplc NHS, free healthcare, paid for by the natives, for the prioritised use of recently arrived killer muppets from Europe, is no longer needed its true colours will be revealed. Why do you think euthanasia is getting so much airplay in UKplc recently and why is it that maternity units are such a dump? Go on then, do you want me to draw you spirals of rising smoke or something?

Whilst we are on the subject of the slaving dump, UN favourite, Maurice Strong’s hidey-hole and Soros’ favourite Nazi state, no wonder homicidal maniac Soros feels at home there, the CKRC. My secret squirrel buddy holidayed there this summer and had some interesting observations to make. My favourite anecdote was when he witnessed his tour guide almost getting the shit kicked out of her when she remonstrated, after an ATM failure to deliver the promised sponds, with a bank manager out there!! That got me to thinking about the crap that GE peddles big time all inspired by the need to get magnetic fusing to work far more reliably on AAA. Deming took the ideas to Japan and of course the result is the marvellous products streaming from the factories out that way these days. BTW it may be that they are a bit too magnificent for the clowns that are RISC peddlers.

As I mentioned a while back, about 15 years ago I had a beer or two with a guy who put me straight on the type of society or economy that we lived in. I thought we were in the knowledge age; however what we are really in is the attention age. So what would come after the attention age, what comes after decades of Xfarter and BigMuppet?

Remember what that light weight war criminal Blair was always going on about?

If the ChiComm banker could get himself all brain washed like the slaves to be found in the reindustrialised, post industrial, post information, post knowledge, post attention slave age of the new belief systems and their rabid counterparts in the free fire zones of the world, then perhaps he’d be less stressed and happier.

Happy like the 6 Sigma’d, self actuating slaves that inhabit the hospitality world of the UKplc.

Imagine meeting and greeting 1 million people over your lifetime as a hotel receptionist, if you are lucky to have an organisation lasts that long to employ you casually, and only 3.4 of those you meet are allowed to be unhappy with your performance. Every twitch, glance, breath and fart is monitored and mirrored. Every second of every hour scrutinised for the slightest imperfection.

In that time as an employee of that organisation, what are you going to meet in your day to day work life? Well one wrong move and you are in the gutter. This is UKplc don’t forget. And since we are in UKplc we might as well have you working in the RCE/LC. Already I’ve stacked the odds against you. For you are now going to be knee deep in mentally deranged murderers, criminals and psychopaths and their mating partners. All dressed up in the best Armani of course