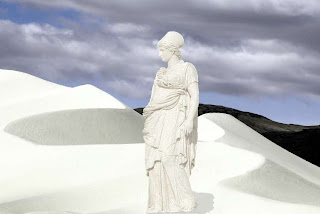 As those of you who supp here regularly know, there are a lot of unpleasant epithets bandied around by your correspondent. However since the other shop opened and started to opine I think you will agree that there has been a decrease in the vitriolic being heaved at the deserving and more honey applied to the wounds of the victims.

So we come to the examination of the quality of hate.

One little aside though. In everything that your correspondent regurgitates into this world always remember that the words are directed at the finite few who have been chosen to pollute our love. They alone have, in their hubris, been responsible for the death of everyone extant, extinguished and never yet borne, through their deliberate pollution of our spirit. We alone allow their action to be realised though.

Though they never knew it.

As an example I will simply state that those who spend any time in the business of politics, finance, economics, education or sociology, indeed any faculty, are worshipping at the altar of death. They are death occultists. All their effort and great work simply results in the death of millions everyday. For although I love listening to the guys like Maloney and Chapman, theirs is the abdication, if they do not realise that the pursuit of gold is one of the original commandments of the heathen initiates and results in nothing more than the pursuit of slavery in mineshafts, slavery that has consecrated for thousands and thousands and thousands of years. If these commentators do not realise this fact, then they are at least fools and at most agents of destruction.

Like a great black electro motive force resisting the achievement of their white hot heart’s desire, that noble end result for which they seek, they are the cause, their striving the energy feeding the fire, their life the death of all.

Can you imagine a society without money? I mean no money, no beads, no shells, no tokens, no knotchedknotted sticks, no gold, and no fiat paper. De nada. What would that society look like? Would their need be to differentiation in any sphere? Would the engineered differentiation of humanity have come to a halt? Is Darwinism a mere transient slave code, Adam Smith’s hidden hand operating in the genetic rigged market place?

As we all know there are no such things as market places, merely arenas for removal of limited token from circulation in order to make humanity strive into the unknown. Driven by gang masters into the half wetted oblivion. Into death.

Each atomised actor being subject to abject lack of resources and the forced differentiation of options, including death, being the Bose/Einstein most likely option, all the while the money is being removed from the system by markets, toys and games. All winding down to dispersed entropy. Even the most rampant appetite dissolved. The end result is conformity and stasis for the supremacist. Background null mortar. You can be sure that anything that Darwin, Smith and assorted other foundation de rigististe pestle grinding muppets wrote on crème paper will be gathered together in one place and set alight. Their “truths” will have no more utility other than as fertiliser for the flora of Arcadia.