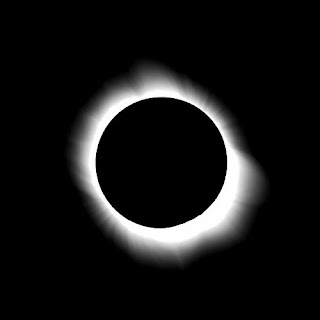 One of the interesting facts about our, contiguous, given civilisation, that we are not supposed to look too closely at, is the establishment of cities. Who? Why? What are they really for? We don’t bother looking too closely at their origin, we take the given, again. What does a city consist of? Granary, temple, palace.

I’ll slip on the Babelbolloxphish and the non-linears for this little bit of a translation from the given history. My translation in CAPITALS.

Money, one of the earliest and most significant inventions of civilization[NO. MONEY WAS NOT INVENTED BY US, IT PREDATES ALL INVENTIONS. IT IS A GIVEN], is essential to the development of trade[ONLY IF YOU BELIEF SO]. Without it there is only barter, a relationship between two people each of whom has something which the other wants.[RISC AT WORK HERE]

Money (which everybody wants)[ONLY THE TRUE BELIVER DOES, FOOL] provides an intermediary substance, enabling the seller to choose when and where he wishes to become a buyer.[NO CLOWN THE MARKET IS RIGGED AS ALWAYS, CHOICE IS DRIVEN OUT]

All primitive societies invest certain things with a special value[YOU SAID IT< ABRAHQURAMISTS] - particularly livestock[KAPOROS?], and items of rarity or beauty[GOLD?]. They are presented on ceremonial occasions such as weddings. The possession of large numbers of cattle or pigs is clear evidence of wealth and prestige.

But these objects are not money in our sense, capable of easy use in everyday transactions.

The most often quoted example of primitive money is shells - in Africa cowries and wampum in America. The small cowrie shell, deriving from the Maldive Islands in the Indian Ocean, is a treasured item in the civilizations of China and India from very early times. From India these attractive objects are carried along the trade routes to Africa. Similarly the American Indians use a small white cylindrical shell for ceremonial gifts, embroidered on to decorated belts or other ornaments. Europeans give the name ‘wampum’ to these precious items.[MONEY ONLY EXISTS IN THE MINDS OF THE AFFLICTED PHUKKD’WITZ]

Both wampum and cowries eventually become a market currency, in the conventional sense, but only after the arrival ofEuropeans. [TRADE IS A SACRAMENT]

The earliest currency used in commercial transactions appears in Egypt and Mesopotamia by the third millennium BC. It consists of gold bars which need to be weighed to establish their value each time they are exchanged[GO ON THEN SMART ASS TELL US WHERE THE UNIFIED SYSTEM OF WEIGHTS AND MEASURES CAME FROM]. Later they are supplemented by gold rings for smaller sums[EXACTLY THOUGH YOU NEVER KNEW IT WHEN WRITING THAT SENTENCE. DID YOU?]. In about 2500 BC an extensive trade, at Eblain modern Syria, is based on currency of this kind in silver and gold.

Gold rings and ornaments, which can be worn for safe keeping as well as display, approach the ideal of a portable currency[GATED COMMUNITIES?]. Many poor women in India today still wear their limited wealth in this way, even when working in the fields or on the roads.[NOT FOR MUCH LONGER NOW THAT THE ROTHSCHILDS HAVE COME TO MAKE THEM ALL UNALIVE AFTER ROBBING THEM]


Safe in the temple: 18th century BC[THAT IS BETTER SUNSHINE, CONCENTRATE ON THE LIE OF THE LAND]

Wealth compressed into the convenient form of gold brings one disadvantage. Unless well hidden or protected, it is easily stolen. [BY WHOM?}

In early civilizations a temple is considered the safest refuge[THAT’S WHY IT WAS THE FIRST PLACE THE HEATHEN HID AND TURNED]; it is a solid building, constantly attended[EVER HEARD OF SACRED SPACES AND THE OCCULT?], with a sacred character which itself may deter thieves[FEDERAL RESERVE, TREASURY AGENTS, COUNTERFEITERS STYLE? DO YOU THINK WE ARE THICH?]. In Egypt and Mesopotamia gold is deposited in temples for safe-keeping. But it lies idle there[NO IT DOES NOT. CONTERFEIT RECEIPTS IMEDIATELY CIRCULATE. THE LOGISTICS BEING PROVIDED BY THE DUSTY DONKEY DRIVERS], while others in the trading community or in government have desperate need of it. InBabylon at the time of Hammurabi, in the 18th century BC, there are records of loans made by the priests of the temple. The concept of banking has arrived.“ Source [YOU DON’T MENTION HIS RAILING AGAINST USURPATION, COUNTERFIETING AND THEFT THOUGH]

You’ll recognize these suspects “They include contracts between travelling salesmen, working the region with caravans of pack asses, and the merchants in the cities from whom they receive their goods;” Source [MY SUSPECTED PERPS. THE APIRU]

The last time we had a good close look at this subject I left us with the scenario of the Watcher’s having infiltrated the temple, that they had “chosen” a bunch of wanderers with a “revelation” and instructed them in the arts of stealing, lying, obfuscation, illusion and murder. Schooled in the weaknesses of the herd. Commissioned as their bagmen, logistics specialists, assassins, blackmailers and subversives, had sent them off on a global mission.

I know you are thinking “Did the cock worshipping dusty donkey driving clowns inherit the Watcher’s patent?”. It doesn’t matter if the Watchers died out or still remain never to be discovered at the highest levels of the illumined fuckedwitz. I will say that one clue is the cockworshippers continued aping of their betters through so called religious and breeding practice.

I know you are thinking “Why is it that in every and all cases of mass human misery we find the cockworshipping psychonaughts right at the centre of the action, enjoying the whole death spectacle. Like here. You thought I was going here didn’t you? Or you might have thought I was going here? However as always I end up here. Or here with the religioKriminal bankster funded heathen at play.

Well duh, that is their commission.

Anyway now that I’ve whetted your appetite I am finally going to ask one of those questions that have bugged me since I was a boy.

Just before that question though one more statement of principles for the keen eyed researcher. If you find yourself stalking through the long grass with a guide whose sole focus is trying to wake you up to the dangers of the cockworshippping fools then beware, you are highly likely to be following a bollox spouting cockworshipper.


So to the question.

Did the Watchers have any real choice in their approach to their problem?

“Oh FFS INCOMING!!!!!!! What the Hong Kong Phooey are you havering about now and just WTF has that got to do with the banking meltdown that is destroying my life today?”

If you’ve got your head round the idea of the original crime scene laid out here a year ago then you will not be surprised at my answer.

My answer, which I’ll be discussing here later, is EVERYTHING.

Just to tidy this little outburst up before we plunge further.

There is a great fallacy in the economic paradigm as currently propagandized by our economic PhukkD’Witz practitioners. (I remember studying econometrics, what a bunch of dickless wonders, talk about equation envy. They really wanted to be applied physicists. Oh and Freud as usual with his projected smurphmuppetry was womb envious, the arsehole)

You do not “make a market”.

The market makes you.