“One of the aspects of police control in the Soviet Union that the recent opening-up of the archives has shed new light on, is the restrictive system of internal passports and urban residence permits that was in existence from 1932 on. For the period this article is concerned with, i.e. the 1930s, part of the files of the Central Police Administration and the OGPU/NKVD, which administered the passport system from the moment of its creation on, has been made accessible to historians, and an important body of materials from the still closed Presidential Archive has been published in the journal Istochnik.1 Recent research, furthermore, has revealed the central role that the passport system fulfilled in policing the urban population during the 1930s, both in the years leading up to the Great Terror of 1937-1938 and afterwards.2 A number of publications with a regional focus have devoted attention to the actual process of what was called the “passportisation” of the towns in 1933-1934, i.e. the handing out of passports and residence permits and the widespread social cleansing that accompanied it.3 Also, it has been shown ever more clearly than before that, after this initial phase of outright passportisation, the passport system was in practice much less restrictive than has often been assumed, and that rural-urban migration was all but halted in 1932.4” https://journals.openedition.org/monderusse/8464 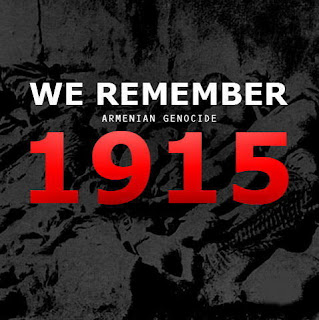 “27 December 1932
The first rudiments of passport system in Russia appeared during the Interlunation in a form of “traveler letter” introduced for the main part for the police purpose. The passport system was completely formed only during the Peter I reign. Under the decree of October 30 (November 10), 1719 due to the implementation of the capitation tax and recruit service, the “travelers’ letters” were introduced officially. Persons not having on them passports or “travelers’ letters” were recognized “bad ones” or even “direct thieves”. The passport system limited travel possibilities for people because no one could change his place of abode without the appropriate local powers’ authorization.
After the October revolution the internal passports were abolished as one of the symbols of tsar’s rule political backwardness and despotism. Under the law of January 24, 1922 all the Russian Federation citizens were allowed to travel freely across the entire territory of the RSFSR. The right for a free travel and settling was also confirmed by the Civil Code of the RSFSR (art. 5). And the article 1 of the decree of the All-Union Central Executive Committee and the Council of the Peoples’ Commissars of July 20, 1923 “On the person identification” prohibited to demand from the RSFSR citizens to show their passports or other identity cards limiting their right to travel and settle in the territory of the RSFSR. All such documents as well as service records were abolished. If necessary citizens could obtain an identity card but it was their right, not a duty.
Toughening of political regime in the end of 20s – beginning of 30s resulted the desire of the rule to increase control over the people’s travelling and thus the passport system was reestablished.
On December 27, 1932 in Moscow the Central Executive Committee of the USSR President M.I. Kalinin, the Council of the Peoples’ Commissars of the USSR President V.M. Molotov and the Central Executive Committee of the USSR Secretary A.S. Enukidze signed the resolution “On establishing a single passport system in the Union of SSR and the obligatory visa of passport”. After the resolution of the Central Executive Committee of the USSR there was established the General Office of the workers and peasants police under the State Political Directorate of the USSR that was in charge of the single passport system imposition across the entire Soviet Union, visa of passports and the direct guidance of these actions.
The resolution on passports determined that “all the citizens of the Union of SSR aged 16 and more, constantly residing in cities, industrial communities, working on transport, in state farms and new construction facilities are obliged to have passports”. Now the whole territory of the country and its population were divided in two unequal parts: the one where the passport system was implemented and the other one where it did not exist. In passport areas the passport was the only document “identifying its owner”. All previous certificates that earlier served as identity cards were abolished.
A person had to obtain an obligatory visa of passport in police agencies “not later than after 24 hours upon his arrival to a new settlement”. The end of the registration as resident also became obligatory for all those who left “beyond the limits of the center of population for good or for a term longer than 2 months”; for all those who were leaving a previous residence and those exchanging their passports; prisoners; for those being under arrest for more than 2 months. Henceforth the violation of the passport system order could entail the institution of administrative or even criminal proceedings against a person.
Lit.: Любарский К. Паспортная система и система прописки в России // Рос. бюл. по правам человека. 1994. Вып. 2. С. 14–24; Попов В. Паспортная система советского крепостничества // «Новый мир». 1996. № 6; То же [Электронный ресурс]. URL: http://magazines.russ.ru/novyi_mi/1996/6/popov.html; 70-летие советского паспорта [Электронный ресурс] // Демоскоп Weekly. 2002. 16-31 дек. (№ 93/94). URL: http://www.demoscope.ru/weekly/2002/093/arxiv01.php.” https://www.prlib.ru/en/history/619849


No mention in any of this of the lack of witness to massive crimes being carried out 24/7. Once there is no more air travel to the beaches of Palam Bang there will be no one there to hear the screams of massmurder PolPotstylee and the wailing of starvation Sassoonestylee.
Posted by INCOMING!!!!!!! at 07:21