Dissident X on June 17, 2018  ·  at 7:35 pm EST/EDT
What Pacific rim location does that last late invitee occupy… now, for the international naval exercise (RIMPAC)?!
Or, other rationale/reason for inclusion!?
Anybody…
Reply
o

Dr NG Maroudas on June 18, 2018  ·  at 1:07 am EST/EDT
Dissident X, that is a rhetorical question — and you know the answer. is invited for the same reason that NATZO (the North Atlantic Zionazi Organization) operates in , and — all of these places far from the , but all of them a possible “existential threat” to the profits of the AZC (Anglo Zionazi Capitalists). And is “invited” to show off with the U$ Army in the South Pacific as a courtesy to the boss — being the boss of Uncle $cam, via the concentration of very rich Jews who control the U$ currency and bribe both U$ Houses. An astonishing number of Members of Congress and the Senate are not only bought-and-paid for Friends of Israel but also dual U$ citizens of . No other little country in the world holds such Leadership Position over the U$A (a fact which the present Prime Minister of Israel has often boasted of).” 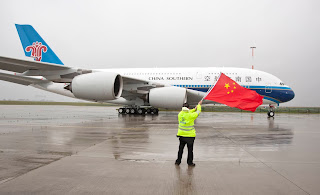