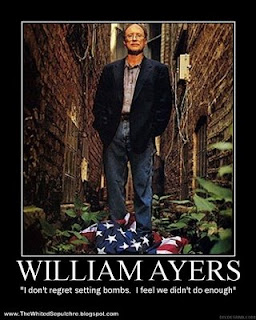 No not Bernadine Dohrn or any of the Weathermen. Only in the USofA corp. terrorist state could you become an academic freely swanning around the world.

Damn got that wrong, you could do it here and here as well. Oh and here .

The world is full of useless idiots all telling us we are useless eaters. Here are some fools in California recently (H/T Bunni). SOoooo desperate to take us all back to the 18th century, pastoral idiots.

Typical foundation bitchboys and boybitches, never short of their next succulent square meal and flute of Champagne. Always, always yelling “Look at me, me me. If you don’t I’ll fuckin’ shoot you!!”. Well not the second part but give them a couple of years.

Now don’t be getting all miserable USofA corp, this isn’t aimed just at you, however have a read through the following. There is a lot here so I’ll shut up and catch up with you later.

That was an Affliction Deflection shot by one of the primary afflicted. It was an anti technological hitpiece and Soros psyops disguised as a cute bunni rabbit. All wrapped up in the ravings of a foundation bitchboy kidding on he’s loving the Indian.

What it said was it is all your fault do not bother looking any further. Nothing to be seen here. Move along. No point in inquiring further into the activites of the 0.5% of humanity who have always trashed humanity since the Djinn snared Abraham in vanity.

This guy doesn’t want us to realise that if we got rid of the Chateaux, Champagne and Chablis charletains, there would be no crisis. Get rid of the supremacist goons afflicting the world and no one would starve, there would be no ignorance and we would have freedom to advance our technology in peace without despoiling the Earth.

One of the weird things that is obvious, staring at the USofA corp., is that academia there is totally destroyed by the Reduced Instruction Set Communitarians who spend unlimited amounts of the Earth’s resources spouting bollox.

In fact when you stare really hard at the place you realise that the ZGR and The Non-Chicken Twirler (she’s gone but not forgotten), the only two to actually state numbers that I know of, are correct in estimating the number in USofA corp currently at around 50 to 60 millions.

The numbers make sense when you realise that the Holocaust fiction is an impossibilty prodded from the fevered minds of the RISC’d. An utter load of manufactured jibberings orchestrated by the funny money religioKrimainlbankstercrowd out of RCE/LC and RCE/NY

As I’ve said before to misquote Celente. “Current events are an indicator of Future Trends and current criminality is evidence of previous perpetration.”

No change in modus operanda. Terrorise the PALE then let Rothschild ship you out to terrorise the Levant.
If you don’t wake up you’ll find the Light Unto the Nations, the Rothschild Criminal Enterprise/Tel Aviv, nuking Europe.

Typical Reduced Instruction Set Communitrians. Never asking the question that really matters.
Why did Rothschild kill so many of us?

Remember Abraham was told he could do that. God told him so.