Vampire light. Or. On IR. 27. Higher in a clear blue sky over the Southbank. 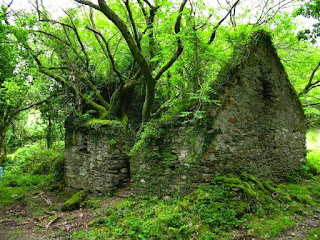 More for the lexicon.

In the north smoke, over the Easyjet borough, this past month or so a big whoppy Chinook(s) has been stooging around. Whop chop’in and out. A Merlin(s) has also been witnessed skulking all sullen like in drab green recently. Lately a Lynx derivative has been snooping again all buzzy like. Yesterday a biggish, S(H)92/EH101, whirlybird wandered right over my tayberry patch. And to cap it all the winged airwave sniffer has been STASIing all stealthy like at medium/low level for a change.

Why am I getting that de Menezes feeling and ducking for cover? Some one going to make their bones like Lucretia Dick did 10 years ago? Someone bucking for promotion by offing a civilian?

It isn’t just that “Evil succeeds when good persons do nothing”
Wize Geezer, c whenever AD

In order to kick start the Gestapo the lads were sent to CHEKA central in Moscow to get up to speed. These days one gets sent to the RCE/TA Terrorise Civilians School to graduate in prole control. Which bit of this don’t you get UKplc? Tony Kriegsverbrecher Blair is a highly promoted, shielded, brass necked bitchboy who should be visited upon. He is just like every other mass murdering, lying boybitch has been throughout the ages. Never brought to justice. They always get away with it. The only difference between our Tony and Mussolini is that Tony is an idealess courtesan with no gonads.

For some reason UKplc seems to be an ideal resting place for the global criminal class. I mean it is Rothschild’s favourite hunting lodge after all. Indeed if there is another European war, a la 15th century armed gangs and privateerstylee, kicking off then UKplc will, like France 1939-45, sit it out and intrigue from the sidelines. UKplc is a 500 years long in the making clearing house for the world’s criminal class to come and play at sekscrymkilling abo children.

Now just to make that last statement clear for all remaining UKplc abos and indigenous savages like Picts, Dumnonians, Scotii and the rest. Try and get your heads round the idea that as far as the real world is concerned, that is the world of the true religion; the remnants of Hibernian aboriginals are viewed with as much relevance as the few remaining Hobbits are to modern geopolitics and astrofaith. Casino management might be too much to ask.

Anyway talking of sitting on the side lines by the Rothschild’s croquet lawn, I wondered at the whirlybirds menacing the sky.

Imagine HMS Hood, or USS Constitution if you are from USofA corp., with rail guns and phased arrays. That is what I was doing; gazing at what would be a museum piece in 1930, amazed at their decrepit conceptions.

Chinooks are Vietnam advisors era. The Merlin lineage comes from a time before P2 Lodge executions in London hit the headlines. Lynx is a De Gaulle Day of The Jackal vintage. S92 is a late 60s power pack and dynamics package. The high flying ear and nose is a 1940s crate at heart.

They are confessionals and lion mouths in the sky.

Anyway all this transpired as I was looking for my copy of Hasting’s Korean War history and my eye fell upon my copy of Gilmour’s Riots, Risings and Revolution and I wondered a little about how the London mob has now become the global mobdei. Scalability is all that need concern us here. If the London mob, from theatre land, can be considered a precursor to crisis actors at fake terror scenes, then great battles like the Boyne could be considered the prototype for ISIS enactions.

The threat of theatre would then become the global tool for global control instead of the local tool for local control as in ages past. Covenanters are now UNGOnogologo.

If we follow the argument, if not the logic, then their must be a) Bards of production b) Oliviers of the actioning.

So for a major production like the Great Fire of London only the BAFTA winners will do. A minor, prompt infested, production like SandyHook can get away with the Z listers who don’t even get to wipe arses, check out footmen and women of the chamber duties, at the Oscars. Who cares if the whole thing is a fairy tale most of the HAS is too transfixed to do anything other than evil by default in the aggregate. Stagestruck by the construct. On that you can rely on. The cunstuck fools.

Behind closed doors the “talent” will be allowed to refine their trade before literally hitting the limelight. Now the Southbank where the Globe was parked by you know who, Lizbeard’s bastard, was swampy cayman infested turd country where no one other than the talent would hang around idle during the day. Here is a loverly clue about the lovies, they are always between jobs and doing nothing apart from consume.

So where is the next major production being rehearsed today?

In the 1st century AD the world had to be captured and enclosed for revelation. Now, unlike the 16th and 17th century, we a not limited by logistics. We can fully exteriorise the play. This is the era of the FedEx terrorist, just in time. Today we have the world as our oyster and the globe as our stage. The lingua franca of the age and scalability mean there are no limits to the great jolt and trauma delivered to the collective consciousness of the audience.

If they are currently method acting in a quiet stinking backwater, where indigents do not look out of place as they hang around consuming rehearsals for the big night, then the performance must be executed at the point of deepest human population collapse. Remember this is not a production guaranteed to deliver explosions chemicalstylee ripping apart tube trains. Nor is it an exercise in the Bronx and Yonkers rolling out through Haarlem to destroy Christianity over a 200 year period from Muscovy. Nor is it even an MKUltra Yahweh mind fuck in Sinai with Moses gazing at the djinn’s arsehole.

This is a bicameral mind changing type event. This is a caldera scale, down to the last 10,000 humans on earth event. This is a god creation and will be rehearsed in two places fitting the description given and rolled out globally until everyone unworthy is dead in the ruins of paradise.

Since the money gods had their business plans written down as prophesy one has to take them seriously when they have put enough money into their system to achieve their aims.

They never, ever, ever falter in the recreation of their myths through science.