Vampire light. Or. On IR. 26. Children of the Hyperkinderling 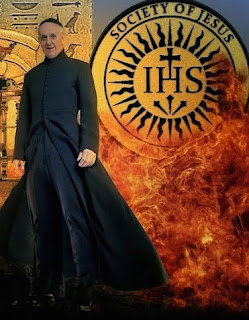 “Pope Francis will this week call for changes in lifestyles and energy consumption to avert the “unprecedented destruction of the ecosystem” before the end of this century, according to a leaked draft of a papal encyclical. In a document released by an Italian magazine on Monday, the pontiff will warn that failure to act would have “grave consequences for all of us”.” http://www.zengardner.com/leaked-ass-popes-known-globalist-stooge/

So let us translate this one.

The screaming confidence trickster of a fake humanitarian outfit which is just a long term bipolar-hibernating slaughterhouse for black money worshippers would like to return to the 10th century.

As I said yesterday that means him and his grifting holypunters, castrati and eunuchs banged up in secure luxurious whore compounds, holy travel for him and his crew, all knowledge hidden in his holy archives. Everyone else too poor to croak without his minions keeping a close eye on where their lives and swifter deaths are.

This outfit of interlopers would also maintain that any alien coming into its sphere of interest will be baptised. I don’t think the alien has any choice in this. Imagine the future of this alien planet. First thing to do is sent out Phoenician traders of Ba’al Hammon coming all peaceful like and humble. Fellow travellers of their scripture will sidle up and shag the native women/things. Fucknuns will cause trouble in their power structure through harlotry and finally after a suitable period of bringing into existence  poor people and dispossessing the natives, a shed load of 25th century Agent Orange will rain down to make the place fit for the assembly of antigravsneakers.

Note that once the Turing Tests have been suitably refined a massive intergalactic ecclesiastical synod will be held whereby all life forms will be declared unfit for baptism except his holy tribe.

As I mentioned yesterday the Roth are so novitiates in this game. Rock doesn’t even rate a mention. In the time scales involved, the establishment of their base in Rome just after Carthage fell/Alexander got invited east; is but a flash in the pan. No wonder their contrived holy book obfuscates in fictional amnesia. No wonder all they ever go on about is money. No wonder they have to keep moving. No wonder all they can do is kill and steal. They hate humanity. More importantly they hate other women.
Control of the zoosperm through money. Money can only ever be useful tools within diversity. Once the zoosperm is controlled and unified then money is of no utility. That is why a rich man cannot enter the kingdom of heaven. A rich man is entropic. Money will disappear as quickly as it was created. Ever wondered why there is so much in their holy trash about where the scum are allowed to put their organs of generation? That is because all they’ve been after in these millennia long reconnaissance mission is top shagging for themselves as they apply negentropy to the worthy isolated bloodlines.

I would cite Quetzalcoatl et al as an echo of the process at work in the Americas. You don’t really think that Columbus was anything other than North Italian Ba’al Hammon Buck Rogers boybitch character do you? He couldn’t discover his ass without instruction, direction and a good script writer. FFS!! I would also have to ID Cook as one of the top Mentropys in this mission from the west. Cook re-completed the mission started from the east. So by mid 18th century earth I reckon that it is mission accomplished time, all the hidden land masses mapped, by mid 20th century all peoples and tribes have been accounted for and their female lines destroyed by sextroopers of the apocalypso. 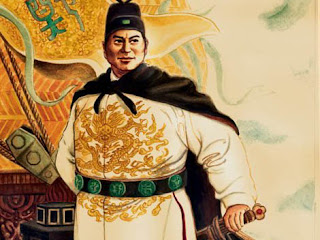 You will not find any of the sacred breeding mares anywhere that is for sure and if you should stumble upon them you will be quickly disappeared. In fact it is highly likely that egg harvesting from corpses for these clowns started decades ago. I would even go so far as to speculate that set aside was initiated centuries past.

With HAS human beings being reduced to total Turing Fails through education and pollution of the food chain by GMOs. With genetic filtering negentropy through applied miscegenation and attempted epigenetic restoration through reconstruction/simulation this bunch of god fabricating devil enchanting  null worshipping holy weirdoes intend to step back and become androGyds.

Their fathers and mothers will become united in their Androkinder.