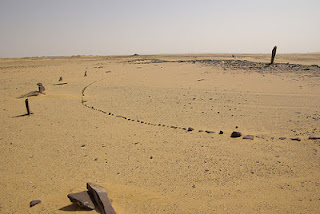 Unlikely though it might be we start here again.

Then we consider this.

Lest you forget; the forgotten fog of the seas area seen, the Poseidon, the dry Pax, salza are a given. Given to whom by who is the question? No gold; why?

So heads up mes braves.

I perked this in my ken, what, of twenty years ago? And it was a wholesome brew. Well let us test my critical faculties. I reach for the tome, 1st edn., and home in on the final page of narrative, usually to be found before appendix, bibliography, addendum or index…and what does it say in my scripted non-PIN-numbered verity? 4th May 1992.

If you’ve got my vibe about sacred “Admiralty” i.e. “Religious” sea voyages. “Sea” salt not land. Then the following will be as water off a duck’s gilded arse.

Someone is afraid that the ChiComms have been reading Mahan.

Mahan’s Naval Strategy: China Learned It. Will AmericaForget It?

Whilst becoming illiterate themselves.

“The U.S.must stop taking an “instant pudding” view of military planning. The Air-SeaBattle plan is the best hope to ensure security in the Pacific.”

On a related tack 2ndlook has been having a good look at eugenics and war fighting capacity.

“For instance, after killing 20 lakhs Vietnamese, the American Empire only counts its own 60,000 killed. In , after 10 lakh dead Iraqis, the US Empire counts, its’ own less than 5000 dead. The wars of Pax Americana were (and are) fought covertly and by unprecedented use of propaganda.

Pax Americana is a new kind of Empire. Covert and byproxy.”