How high can you hang them before their heads come off? 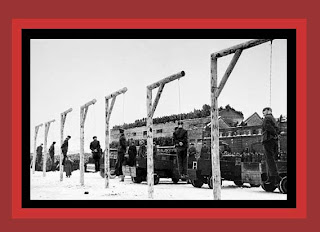 Way back in July I posted this asking what the dead to wounded ratio was in . There is a BMJ paper within giving comparative numbers and ratios for previous conflicts.

Today I came across this, 90,000 Casualties, but Who’s Counting?

The ratio is 11.5 wounded for every dead soldier.

Whilst our scum MPs were subverting the country by turning a blind eye to people smuggling into the UK and the establishment of slavery within the United Kingdom of Great Britain and Northern Ireland handing over billions to economic migrants and flooding our schools and maternity units with their offspring, thousands of our ill equipped troops are dead/injured/traumatized for NOTHING. I notice though that there will be no shortage of equipment in soon!!!

Every nine year old child outside the West knows that no one from Afnamistan is going to come and bomb Tesco’s in Finchley UNLESS MIHigh and the CIA train them, arm them, bring them over here and stage another big one.