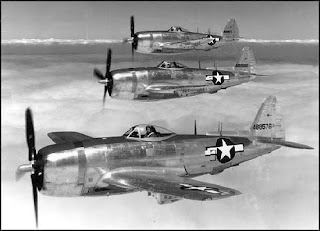 Do you remember the point in Kelly’s Heroes when the face off ends? When a “Deal deal” is done? 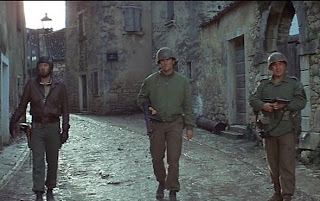 If you read T+31 and T+32 , then you might have scratched your head and left. I don’t blame you I was fishing.

If you watch MT here at A Leetel Treat a day later then to paraphrase the man “Bollox needs a full spectrum barph boak by the GGT 24/7 to cover the stench, the truth

I noticed that the USCG Cutter Rush had arrived in , gangster central.

Even this stuff just gets further twitchings on my already screaming shitstorm approaching antennae. Then she loves them.

So I wander around the ausfahrt today and come across this

oat for a little while longer. George Ure had also noticed that day, and posted again about it yesterday.

As I remarked on Wed I’d seen two items about this then. Both mentioned tech transfer the implication being missiles and big fancy beam weapons, however it’s not the Sec Def that’s being fingered is it? It’s the Commerce Secretary.

This brings us nicely to Goldman Sachs and the high frequency trading malarkey. As you know a Russian was lifted for lifting the Goldman Sachs “software” onto a German server earlier in the summer. Goldman Sachs secrets.”

So what is Die Glocke? Well it’s a cover for the engineering of the control of space-time. A lot of cover fire has been circulated recently to disguise its true intent, most of it in lah lah land area 51 dream land.

As I tried to show in The Corporate Individual on Monday when you’re on the sniff it’s the key phrase hidden in the COINTELSHIT that gives the game away. You need to go in aware of all the agenda at play looking for the give away that they cannot help. The universe won’t let them.

What gives it away today?

Well when you get down to it, time.

Time and the Beehive.

The outcome for life when you get into torsion fields, as used in these experiments, is that it is snapped clean away. The living thing does not die; it comes back unalive, drained. So Die Glocke/The Bell if it ever got into use was deadly. Essentially under developed for use by life at that point.

Der Bienenstock/The Beehive however? Well someone smart realized it could use an inanimate object, a camera say, to go forward and come back with a snap of the future. Let’s say. Let’s also imagine that it was realized a digital method was required to retrieve the information and so a new form of gangsterism was born.

It is another indicator of why WW2 was such a strange war. It was just gangsterism laid on top of national sovereignty.

I knew that Goldman Sachs could “glitch” the world by a few microseconds and gain an advantage in real time by their “High frequency trading”. I had always entertained the idea that Goldman Sachs had a black box somewhere that didn’t so much intercept trade and market data as warped time by a pico second or two. However I never expected to see in the clear a measure of the time steal. I finally found the post source and it went up on T+31.

I’ve been looking for the signs that the Fed has gone belly up, a big phekkin’ BANG. No it’s as George Ure says, over right in Yellow, a subtle indicator that only later becomes obvious. The subtle signs are there.

As I wrote “Now high frequency trading is sooo suggestive but let’s just take a leap of….faith. Follow the beehive. What if the Commerce Secretary has been delivering a nice colony of bees to the ChiComms?

So it is T+31 and I think I’ve spotted the first signs that the end of the Fed has indeed just taken place as advertised.”

The machine that can steal 20 seconds of the future is now shared with the ChiComms.

If you’ve followed that you’ll need this