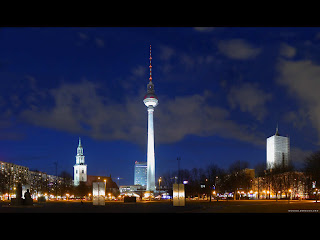 When Sue posted this yesterday there was extra stuff I wanted to put in the comments section but couldn’t track it down quickly enough. Well I’ve eventually found it and here is what happens to you when the Zentral EUSSR decides you are an annoying insect.

I found it in the archives here.

This is another of those “load up the full nine yards” jobs. Go in expecting a firefight it is not easy, a lot of false tracks are in there. Notice the action takes place in and the actors are from , I won’t flag that any further just now.

So in 2004 and I quote “Martina Pflock……. discovered something else that is readily admitted by constitutional lawyers and reluctantly acknowledged by nervous government officials. The Federal Republic of Germany (BRD), devised by the post-war occupying authorities in the western sector as a corporate settlement agency not designed to replace the pre-Hitler German Reich of 1918, had, following re-unification, legally expired on 18 July 1990 by dint of an international treaty, just three months before the official reunification of West and East Germany. [1]


She quickly realised that Germans were living in a state that simply did not exist; that none of the officials she was fighting had any right to govern; that only the pre-Weimar German Reich had the legal authority to raise taxes and not the BRD; that all of the laws of the land were constitutionally invalid. The German people, if only they learned the truth, were free.”

Then the Verfassungsschutz (secret police) get on her case and she dies with her daughter in a convenient car crash.

The bit in the whole story that catches my eye is “corporate settlement agency”.

This is the case also with the USofA, which is not bankrupt. It is the Corporation, a separate entity set up to fleece the citizens of the USofA, which is bankrupt. A private corporation hidden behind the Federal Reserve, the tax authorities and treasury agents. Now the USofA has been taken down the corporation will slope of and pull the same trick on another bunch of unsuspecting dolts.

The Corporate Individual a superior lifeform here on Earth.

If you listened to MT on yesterday’s posting around 40+ minutes you might also get more bullets and fewer tracers in your belt. MT also discusses this and I quote from the show at 39:20 “…that in casualty statistics throughout the ages it has been people within the territory that the government has picked on. They have murdered more of their own people than ever died, statistically speaking, in foreign wars….”

That means the corporation that pulls the strings will not hesitate to use the state to take you out.

So you can imagine that anyone half awake would wonder at the dangers inherent in something like the EU heaving into view. A half baked bastard of a state, with mutant institutions and deviant administrators. Junky Puppy wants to be the head of this tribute to perverted protocols, well that’s just typical of the offspring of an admirer of one of these Gulags described in Death by Government. Their behavior in the past will show you how they will behave in the future; all good HR gauleiters know that.

The corporate person is a very old concept in the religious traditions of the West. For those who do not realize that they live in a religious state of ritual, ceremony and worship just as much as ever a 13th century Franciscan monk or 17th century Huguenot, then you are blind and will forever remain bovine.

A ritual and ceremony that will change its form like a shape shifting chameleon every day and every way. It will encourage any behavior in the host populations that keep the ritual going, the more obvious the better.

One of the really important aspects of this corporation and the ritual associated with it is that it must remain unbroken in its ceremonial. By that I mean there must be no harm done to the sacred sites or the dispersion/killing of its priesthood. Any move that is considered for the movement of the ceremonial centre is planned decades and centuries before hand.

In its own eyes its unchallengeable legitimacy springs from its unbroken ceremonial. It is axiomatic that any similar entity encountered must be eradicated.

I posit that this view can explain certain weird occurrences in history, such as WW2. was chosen way back in the 15th century as a possible centre for the ceremony. It became thus in the late 17th century and was still that centre in 1940. There was another centre but it remained subordinate, .

In a previous posting I asked if this ceremonial might have moved or be moving currently in 2009. I named three places , and as likely candidates. Architecturally they fit the bill ritually. If you were to do this to though, you need to get rid of its old architecture or finalize the appearance of surviving architecture.

Get your finger ready on that trigger, its full nine yards time. If you take a very long view of human events. Then , always the vagueness of the story gives it away, lets the ceremonial be realized in street plan. Similarly Haussmann played a major role in the restructuring of the city and creating what is seen today as contemporary . Haussmann's is characterized by the empty space surrounding its monuments and the grand boulevards. Finally the answer to why Bomber Command never gave a campaign medal, it wasn’t war it was ceremony. How else do you clear the ground for the new street plan and the ceremonial architecture required?

And that takes us back to Martina Pflock. No way was she getting in the way of that kind of long term project.

It also begs the question. Is about to become the of the north? Have the Venetians left to the new ceremonial sites like and ?