Just watching a bit if RTprovopravda and that advert for UK delivery of gold and silver got me to thinking. 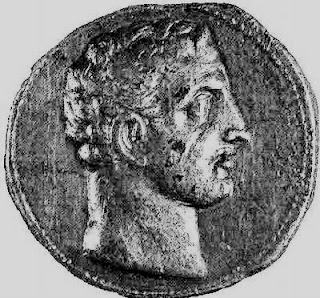 Always remember that it was the Nokiachukkingmonomentalist who took VAT off gold for his child slaving buddies, https://politicalvelcraft.org/2016/05/29/zionist-orgy-island-back-in-the-news-from-prime-minister-of-israel-ehud-barak-kevin-spacey-mossad-jeffery-epstein-bill-clinton-alan-dershowitz-the-dershowitz-sweetheart/, and slapped megaVAT on silver so the UKabo scum had to pay for their own assassinations in MiHi run ops like 7/7.

Anyway that brought to mind the headline about the US running out of stuff to chuck at goat herders and wedding parties. http://www.pri.org/stories/2016-04-10/us-dropping-bombs-quicker-it-can-make-them

Which brought to mind a statement by Max in 2010-11 that there is circa 15kg of silver in a cruise missile. Now I don't know about you but that is a lot of dead werewolves. Is the war on terror really a war on horror?

Either way let us ignore the sewage that passes for considered opinion and learned discussion on the MongSluiceMerde and do our own thoughts on this.

Assume that the figure is incorrect by an order of magnitude. So the truer figure for our musings is 1.5kg of high velocity silver. We also know that the scheming to suppress gold and silver price discovery is going to stop with a global travel ban soon as the market clearing known as massive killing by state and non state actors gets into gear officially within agreed bounds.

So silver must be nearer $200 an OZ, peacetime.

I make that, rounding up to the nearest 10^4, $10,000 per shot in silver costs. Everyone is going to be using the metal for their own clever flying robots, so when the big one hits the currency for the new dark age will be dropping from the skies.

Now all we have to do is invert the usual camouflage and spoof procedure and actually aim to attract the little money spinners to a place of our business.

I suggest we set up a Mitsui trading house receptionist on Romney marsh, heavily armed with three goats and a load of wedding invitations.

Stand back and wait.