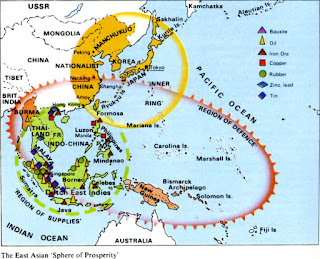 I will keep this commentary short.

The MH shuffle was immediately honking because we got Royal Dutch Military Police stinking the place out. That is like arriving at a children’s party to find Jimmy Savile providing the clown act security. Or arriving at a Jimmy Savile party and finding hearses lined up at the tradesman’s entrance, boom boom. Something is terribly weird.

Also of note is the Australian angle.

Wander over to the other MH event, a disappearance into fartspace and we find the Dutch/Aus melange again.

I have maintained for a long while that we are looking at a ChiComm A380 shootdown to start the HW off.

Now we know that the clowns will actually fake mass shootings, shoot hundreds of their own persons out of the air and fix all the news and financial data do you seriously think they will give a flying pfuckk about shooting down 600 gooks over Brunei?

President Barack Obama and his advisors spent at least a week, and as much as three weeks, planning to send up to 9,000 combat troops into eastern Ukraine, on the border with Russia, following the shoot-down of Malaysia Airlines Flight MH17 two years ago. The scheme, which was to have involved Dutch and Australian army units, with German ground and US air support, plus NATO direction, has inadvertently leaked from the publication of a report this week by a former Australian Army captain.
The military plan, according to James Brown, now head of research at the US Studies Centre of the University of Sydney, “would have consumed the bulk of the Australian Army.” Captain Brown also claims “planning for these military options consumed Australia’s intelligence agencies. The National Security Committee of [the Australian ministerial] Cabinet met every day for more than three weeks , and staff and agencies produced a frenzied stream of briefings on Ukraine, Russia and the intentions of [President] Vladimir Putin.”

According to Dutch sources, the military plan of attack was aborted when Germany refused to participate directly, or allow its bases and airspace to be used. Dutch Prime Minister Mark Rutte announced the Dutch were pulling their troops out of the plan on July 27. He said at the time: “Getting the military upper hand for an international mission in this area is, according to our conclusion, not realistic.” That was ten days after the MH17 crash. But Australian Prime Minister Tony Abbott and his cabinet continued, Brown and his sources reveal, to plan the operation with the US for another 10 days.

MH17 was shot down on July 17, 2014, killing 298 passengers and crew. Of the lives lost, 193 of them were Dutch; 43 Malaysian; and 27 Australian (plus 11 dual nationals or residents). From the first hours, the Malaysian government suspected elements of the Ukrainian military had been involved. Kuala Lumpur was reluctant to endorse the claims of the Ukrainian and US governments that Russia had been culpable, and that Russian-backed forces were directly to blame. That story can be read here.
The Dutch and Australian governments were, and continue to be, the most supportive of blame for Moscow. This was adopted as the official policy of the European Union (EU) states when they joined the US in introducing new sanctions against Russian oil companies and banks between July 16 and 31, 2014. For more details of the disagreements between political leaders on what had caused the shoot-down, read this......cont.

And just to round off a cup of rich roast.....jackpot. Repeat after me....Brennan is a moron...(The original one fronted by Savile is disabled on spewcube)